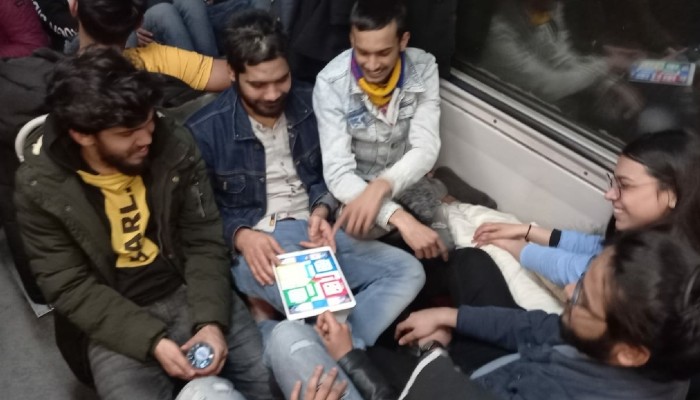 The advisory came even as India completed the evacuation of Indian students from Ukraine.

A number of Russian universities have, however, shifted to the online distance learning mode

The Indian Embassy in Russia has issued guidelines for students studying in Russia reassuring them that at present, there is no security reason for them to leave the country.

The Indian Embassy's reassurance came even as the Russian invasion of neighbouring Ukraine entered the third week. All Indian nationals, including students, have now been evacuated from war-hit Ukraine.

The Indian Embassy in Russia has shared the latest guidelines it issued through Twitter for Indian students studying in Russia.

“The Embassy has been receiving messages from Indian students in universities in Russia seeking advice on their continued stay in the country,” the Embassy said.

“The Embassy would like to reassure all students that at present we see no security reasons for them to leave. The Embassy is in regular contact with relevant authorities with respect to the safety and security of the Indian nationals, including students,” it stated.

Noting that certain disruption of banking services in Russia and direct flight connectivity from Russia to India is, however, taking place, the Embassy said, if students have concerns regarding these aspects and would like to travel back to India, they may consider doing so.

“Regarding the academic programs, the Embassy has been informed by a number of universities that they have already shifted to the online distance learning mode,” it reckoned.

“Students are advised to exercise their discretion in consultation with their respective universities on the appropriate course of action regarding continuation of their academic activities without disruption,” the Embassy further said.

Last week, the Indian Embassy in Moscow had also issued a notification alerting about a fake advisory for Indian nationals in Russia, particularly students whose stay is not essential to consider leaving the country temporarily.

“It has come to the notice of the Embassy of India that a fake advisory titled ‘Latest advisory for Indian nationals as on 03 March 2022’ is being circulated in the social media,” the Indian Embassy had said in a Twitter post.

“This is to clarify that said Advisory has not been issued by the Embassy of India. It appears to be a slightly modified version of the Advisory issued by our Embassy in Ukraine on 15 February 2022,” it had further said in the Twitter post.