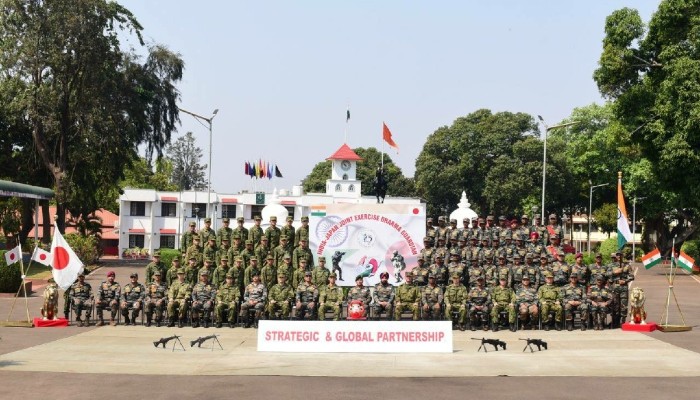 Exercise Dharma Guardian-2022 between the Indian Army and the Japanese Ground Self Defence Force ended on Thursday after 12 days of intense joint military training.

The annual exercise provided an unique opportunity of achieving synergy between Armed Forces of both the Nations which is focused towards strengthening the timeless bonds of India - Japan friendship, said the Ministry of Defence.

The exercise also provided a platform for professional and cultural learning as well as social interactions which in-turn broadened their horizon towards knowledge and cooperation aiming towards co-existence as one in the Indo-Pacific Region.

Both contingents not only shared their expertise on contemporary subjects of counter terrorism operations, but also utilised this opportunity to share their experiences on exploiting disruptive technologies like Drone and Anti-Drone weapons.

“Exercise Dharma Guardian will enhance the level of defence cooperation between the Indian Army and Japanese Ground Self Defence Forces and will act as a catalyst for many such joint programs in future to further consolidate on the gains achieved," said the defence ministry.