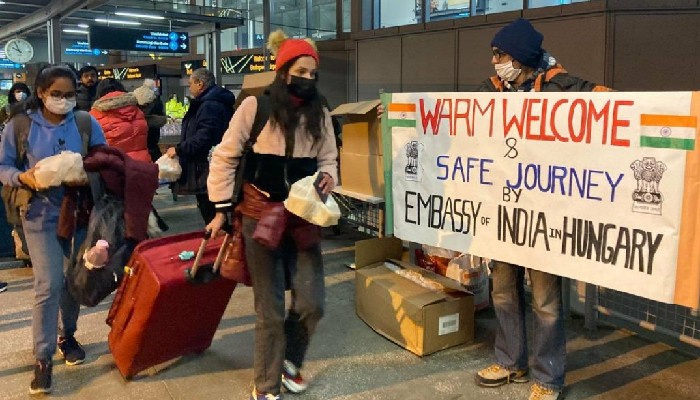 Prime Minister Narendra Modi has thanked his Hungarian counterpart Viktor Orban for facilitating the evacuation of more than 6000 Indian citizens through the Ukraine - Hungary border.

Prime Minister Modi conveyed his warm thanks to PM Orban and to the Hungarian government during a phone call on Wednesday.

PM Modi and the Hungarian Prime Minister discussed the ongoing situation in Ukraine and agreed on the need to ensure an immediate ceasefire and a return to diplomacy and dialogue, the Indian Prime Minister's Office (PMO) said.

Prime Minister Orban conveyed his best wishes to the Indian medical students evacuated from Ukraine, and said that they could choose to continue their studies in Hungary if they wished. Prime Minister expressed his appreciation for this generous offer.

The leaders agreed to remain in touch on the evolving situation and to continue their efforts to encourage an end to the conflict, the PMO said.

India began evacuating Indian nationals, including students, from Ukraine after the Russian invasion on February 24.

Over the past two weeks, they have crossed over the land borders to countries neighbouring Ukraine in the west - Poland, Slovakia, Hungary, Romania, and Moldova - and brought back to India through flights under Operation Ganga.