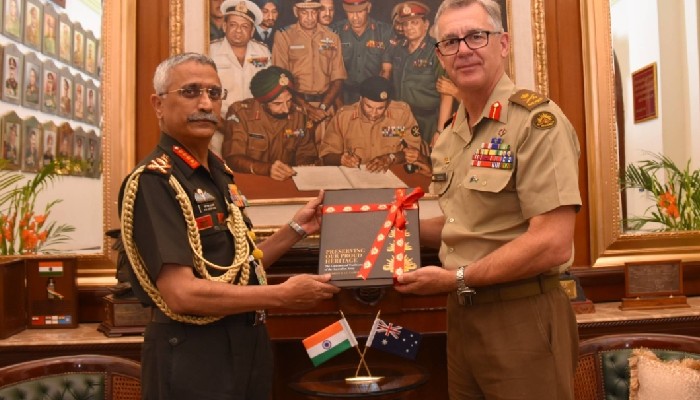 India and Australia on Wednesday discussed ways to further enhance the bilateral defence cooperation between the two sides.

The Australian Army Chief, who is on a visit to India along with a four-member delegation, also addressed the faculty and participants of the prestigious National Defence College.

He later interacted on regional security perspectives with the Vice Chief of Army Staff and the Director at Centre for Land Warfare Studies (CLAWS), New Delhi.

In order to establish academic cooperation and engagement, a Memorandum of Understanding (MoU) was signed between Australian Army Research Centre (AARC) and Centre for Land Warfare Studies (CLAWS) on the side-lines of the visit.

The Australian Army Chief will be visiting Indian Army formations and units deployed along Western Borders on Thursday and Friday.

India and Australia had elevated their ties to a comprehensive strategic partnership in June 2020.

The Australian Navy had also been participated in the last two editions of the Malabar Exercise hosted by the Indian Navy in 2020 and 2021.