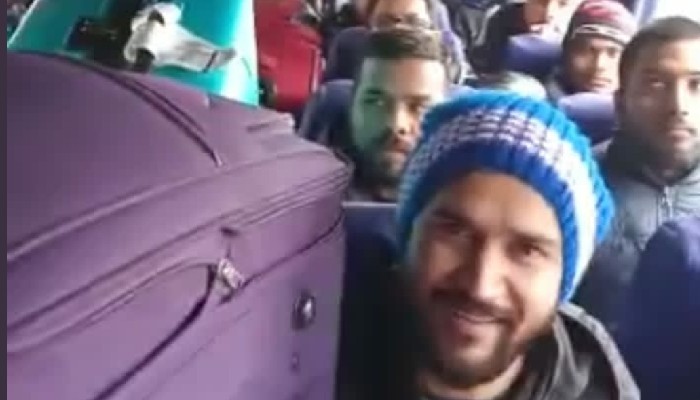 Indian sailors leave in buses arranged by the Indian mission in Ukraine.

Attempts were being made to evacuate 23 more Indian sailors, the embassy said

Nearly two weeks into the Russian invasion, the Indian Embassy in Ukraine has evacuated 52 out of 75 Indian sailors stranded in Mykolaiv Port in war-hit Ukraine.

On Monday, buses were arranged to evacuate 57 sailors, including two Lebanese & three Syrians, the embassy tweeted on Tuesday.

All of them were "safe" and in "regular contact" with their families, according to MV Maritime, a report in The New Indian Express had earlier said.

The report published on Friday had quoted the ship manning agency as saying that it was watchful of the developments and keeping all authorities concerned in the loop including the External Affairs Ministry, the Indian Embassy and sector regulator Director General of Shipping.

While Indian students had already been evacuated from Kharkiv to the western borders of Ukraine, students who were still stranded in Sumy were moved towards the border with Russia on Tuesday.

India has brought back over 17,100 of its nationals in 83 flights under 'Operation Ganga', which was launched on February 26.