India will continue to support Sri Lanka in all possible ways: EAM Jaishankar 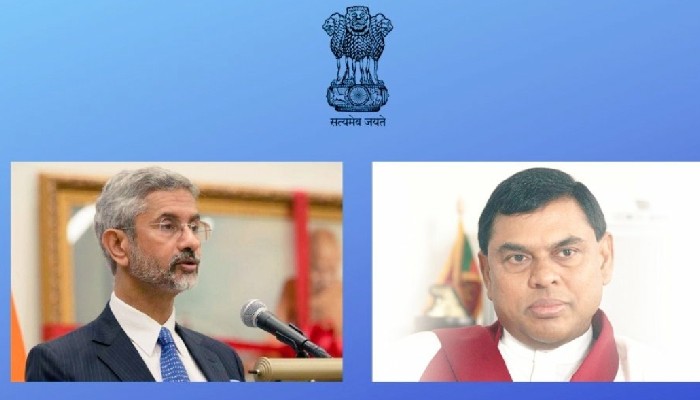 The assurance from India came during a telephone conversation between Jaishankar and Rajapaksa.

The Indian High Commission in Sri Lanka described the conversation as "productive and cordial".

"EAM @DrSJaishankar and Hon'ble Finance Minister @RealBRajapaksa had a productive and cordial telephone conversation a while ago. EAM assured that #India will continue to support #SriLanka in all possible ways," the High Commission tweeted.

"They agreed to finalize a mutually convenient date in the second half of this month for the visit of Hon'ble @RealBRajapaksa to #India," it added.

Rajapaksa is expected to sign a USD 1 billion financial assistance deal with India during his upcoming visit to New Delhi. The credit facility of US $ 1 billion will help Sri Lanka in importing food, essential items and medicines

On February 2, India and Sri Lanka had signed a USD 500 million Line of Credit (LoC) Agreement for purchase of petroleum products.

The Government of India (GOI) support for fuel imports by Sri Lanka from India, through the LOC of USD 500 million was in response to Government of Sri Lanka’s urgent requirement, a statement of the Indian High Commission had said then.

This critical support came after a virtual meeting between ESM Jaishankar and Sri Lankan Finance Minister Rajapaksa on January 15, it had added.