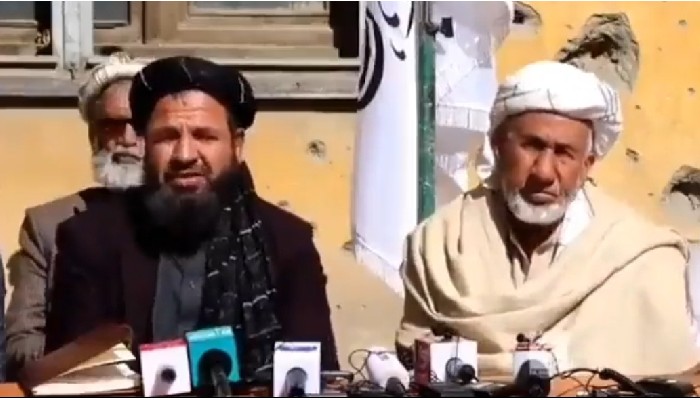 Screengrab from a video on social media purportedly showing a Taliban official criticizing wheat from Pakistan.

“Wheat donated by Pakistan is not edible: Taliban Official,” Afghan journalist Abdulhaq Omeri tweeted as he shared a video of a Taliban official.

“Thank you India for your continued support to the Afghan people. Our Public to public-friendly relations will be forever. Jai Hind,” Hamdullah Arbab tweeted.

Subsequent reports have suggested that the Taliban official who had made these remarks has been dismissed from his post.

Another user named Najib Farhodis said, “Wheat donated by Pakistan to Afghanistan All Pakistani wheat is worn out and spoiled that cannot be used. India has always helped Afghanistan.”

People in Afghanistan are facing a serious humanitarian crisis, with food shortage becoming a major problem. India has committed itself to providing humanitarian aid to the people of Afghanistan.

This includes, besides medicines, providing 50,000 MTs of wheat for the Afghan people which will be distributed by the United Nations’ World Food Programme in Afghanistan.

Last month, India had dispatched the first consignment of wheat to the Afghan people as humanitarian assistance.

The 50-truck convoy had reached Afghanistan after travelling across the land route through Pakistan.