13,300 Indian nationals have returned from Ukraine under Operation Ganga: MEA 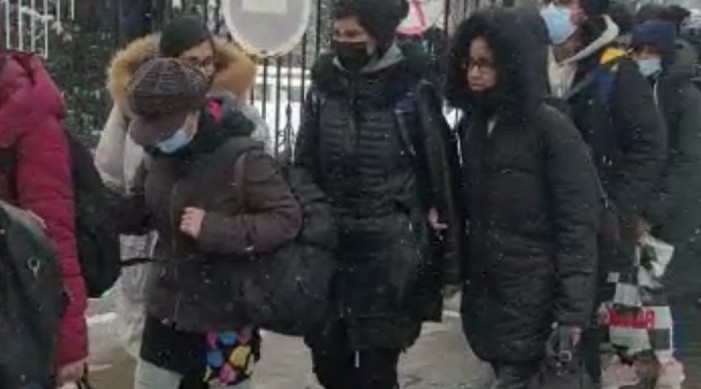 Indian students heading to board a bus in eastern Ukraine's Pisochyn.

The focus now is on evacuating Indian students from Sumy, in north-east Ukraine, the MEA said

With 15 flights carrying about 2,900 people on board landing in the last 24 hours, around 13,300 people have returned from Ukraine to India under Operation Ganga so far, the Ministry of External Affairs (MEA) said on Saturday.

Referring to the situation in eastern Ukraine, which has been witnessing a fierce assault from invading Russian troops, Bagchi said almost all Indians had left the city of Kharkiv.

India should be able to clear out all its nationals from Pishochyn and Kharkiv over the next few hours, Bagchi said, adding that three buses organized by the Indian Embassy in Ukraine had already reached Pisochyn while two more were on the way. These five buses should be enough to evacuate all the 298 Indian students from Pisochyn, he said.

The focus was now on evacuating Indian students from Sumy, in north-east Ukraine on the border with Russia.

“We are exploring multiple options for evacuating our citizens, our students out of there. But the main challenge remains the ongoing shelling there, the ongoing violence there, and the lack of transportation,” the MEA Spokesperson said.

The main challenge was to get them out in a secure way while they were not under threat, he added. “We are in touch with all concerned regarding the possible movement. The best option for us would be a ceasefire that allows us to get our students out,” he pointed out.

India had been strongly pressing both the Ukrainian and Russian for a ceasefire to allow for a corridor for the students, the MEA Spokesperson noted.

The Indian Embassy in Ukraine will also try and find out how many Indians were still in other parts of Ukraine. It will contact Indians who were still there but had not registered earlier, the MEA Spokesperson added.