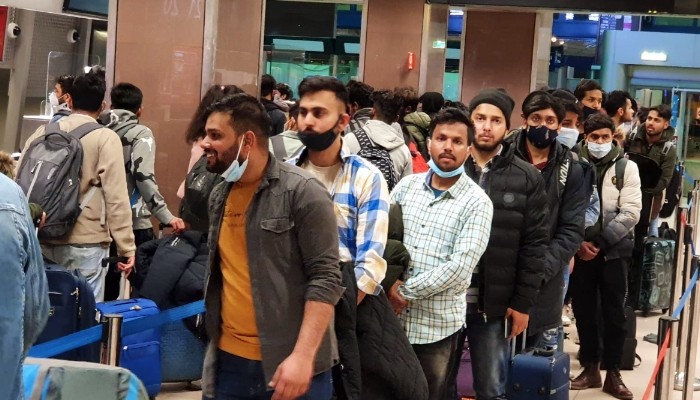 More than 10,000 Indian students have been evacuated from Ukraine so far

In the last 24 hours, 18 flights were operated that brought back 4,000 people

Over 20,000 Indian nationals have left Ukraine where Russia-led attacks have entered the 9th day on Friday.

“More than 20,000 students have left Ukraine since we issued advisories,” said MEA Spokesperson, Arindam Bagchi during a special media briefing on ‘Operation Ganga’ on Friday.

“In the last 24 hours, 18 flights from India brought back 4,000 people, taking the total number of flights operated to 48 and the number of people brought back under operation Ganga to 10,344,” he informed.

He said there will be 5 flights from Budapest, 4 from Suchiawa, 3 from Rzeszow (Poland), 1 each from Košice in Slovak Republic, Warsaw, Bucharest and Bratislawa in Czeh Republic.

“With this the vast majority of Indians who have crossed over to Ukraine would have returned back,” he added.

“For those Indians who have crossed over to Ukraine and those who remain in Ukraine we would continue to schedule flights to bring them back,” the MEA Spokesperson said.

Noting that the MEA’s highest attention is on the Eastern area particularly Kharkiv and Pisochyn, he said that we have managed to get some buses to Pisochyn.

Five buses have been operated to bring back Indian nationals from Pisochyn, while two buses left for La Viv on Thursday, 3 buses have left for the Maldovan border on Friday.

“We are looking at all options, we remain engaged with all concerned,” he said.