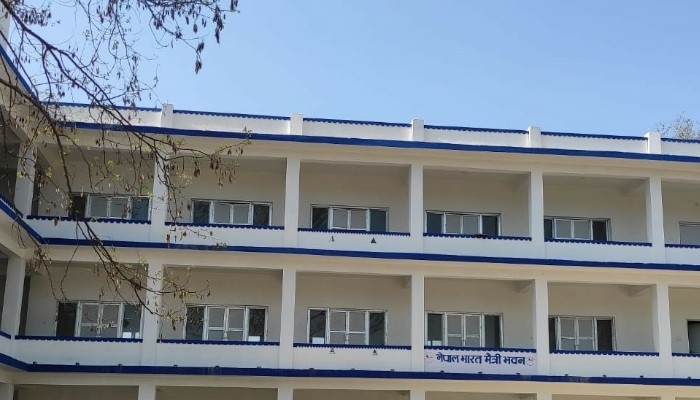 New buildings for Nepal Police School were inaugurated on Wednesday

Since 2003, India has taken up over 523 High Impact Community Development Projects (HICDPs) in Nepal

Officials from Kailali District Coordination Committee, School Management Committee as well as local government representatives were present on the occasion, it stated.

This is one of the 75 projects being inaugurated this year in Nepal as part of ‘India@75 Azadi Ka Amrit Mahotsav’ which celebrates 75 years of India’s independence, the statement informed.

These new buildings at Nepal Police School have been constructed at a cost of NRs. 42.26 million under India-Nepal Development Cooperation with Government of India’s financial assistance, it said. The school, set up in 1985, currently has 665 students.

Since 2003, India has taken up over 523 High Impact Community Development Projects (HICDPs) in Nepal and has completed 467 projects, it mentioned.

Amongst these, 32 projects have been undertaken in Sudur Pashchim Province, including 8 projects in Kailali District.

In addition to these, the Government of India has gifted 8 ambulances and 7 school buses for Kailali District, including one school bus for Nepal Police School in 2013, the statement added.

As close neighbors, India and Nepal have multi-faceted and multi-sectoral development partnership, the statement said.