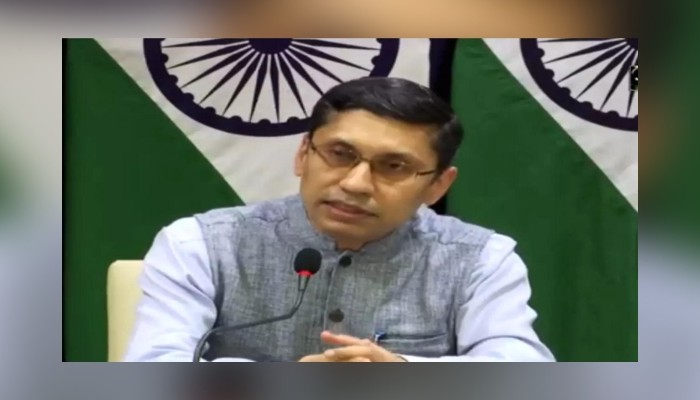 India is keeping a close watch on developments in Kharkiv, Sumy and other cities in Eastern Ukraine

As Russia’s military offensive against Ukraine has intensified, India has stepped up evacuation of students stranded in the East European country. The Ministry of External Affairs on Thursday said that 18,000 Indians have left Ukraine since the Indian embassy issued an advisory on Wednesday. According to the MEA, only a few hundred remain stuck in the war-hit East European country.

“As you know yesterday, the Indian Embassy in Kiev issued an advisory for all Indians to leave the place and city by 6 pm local time. Pursuant to this a large number of Indian students left and currently in the nearby city of Pisochyn,” MEA Spokesperson Arindam Bagchi said during a special press briefing on ‘Operation Ganga.’

Since yesterday, as many as 3000 students on board 15 flights have arrived in India. As per the MEA, as many as 18 flights are scheduled over the next 24 hours, many of which are already enroute. Of these flights, three would be undertaken by IAF C-17 aircraft, rest by Air India, Indigo, Spice Jet and GoAir.

In terms of departure points, there will be 7 flights from Bucharest, 5 from Budapest, 3 from Rzeszow, 1 from Kosice. In addition, a new location has been identified near the Romanian border, the city of Suceava, from where 2 flights will be operated. This will obviate the need for students to go all the way to Bucharest once they cross into Romania.

The MEA Spokesperson said the increased number of flights reflects the large number of Indians who have moved out of Ukraine and are in the neighbouring countries.

“We will further step up efforts to bring all these Indians back to the country safely,” the MEA Spokesperson said, appreciating the efforts of the Ukrainian government for facilitating the evacuation despite its own challenges. The MEA Spokesperson also expressed gratitude towards Ukraine’s neighbouring countries for hosting Indian nationals and supporting India in their smooth evacuation.

He said India is keeping a close watch on developments in Kharkiv, Sumi and other cities in Eastern Ukraine.

With regard to Naveen Shekharappa’s body, the MEA Spokesperson said efforts are on to bring back the deceased student’s body back to India. The 21-year-old student studying at Kharkiv National Medical University, Ukraine, was killed in shelling while he was standing in a queue to buy food.