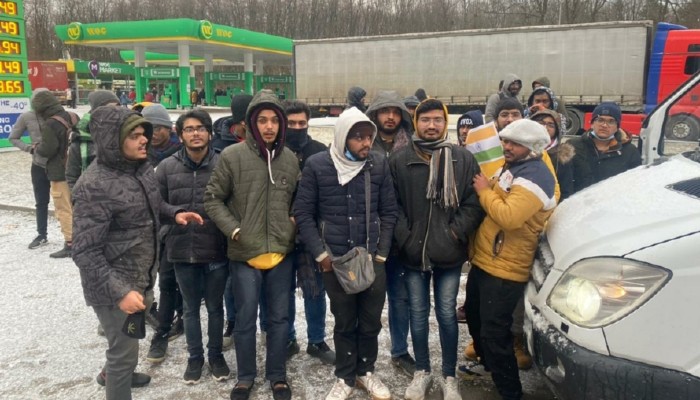 India sent the first tranche of humanitarian assistance comprising medicines and other relief supplies to Ukraine via Poland on Tuesday.

At a special media briefing on Tuesday evening, Foreign Secretary Harsh Vardhan Shringla said another flight will carry the second consignment of aid to the war-hit country on Wednesday. "A flight left this morning carrying the first tranche of humanitarian assistance to Ukraine through Poland," he said.

India on Monday decided to send the relief supplies to Ukraine to help it deal with the humanitarian situation along its border areas that have arisen out of tens of thousands of people attempting to flee the Russian invasion.

"The Prime Minister noted that the first consignment of relief supplies to Ukraine to deal with the humanitarian situation on Ukraine's borders would be despatched tomorrow," the Ministry of External Affairs (MEA) had said on Monday.

The MEA said that Prime Minister Modi also stated that India will help people from neighbouring as well as developing countries who are stranded in Ukraine and may seek assistance.

Prime Minister Narendra Modi chaired a series of high level meetings in New Delhi on Monday and Tuesday to review the efforts under Operation Ganga to bring back Indians stranded in Ukraine.

"PM said that the entire government machinery is working round the clock to ensure that all Indians there are safe & secure," the MEA said on Twitter.

India is meanwhile continuing with Operation Ganga to evacuate Indian nationals from Ukraine through countries boredering it on the west.

Four senior ministers have been sent as the Prime Minister's special envoys to Ukraine's neighbouring countries to oversee the evacuation of Indians.

While Hardeep Singh Puri has been sent to Hungary, Jyotiraditya Scindia will oversee the evacuation process in Romania and Moldova, Kiren Rijiju will be Slovakia and General (retd) V K Singh will be stationed in Poland.
Attachments area