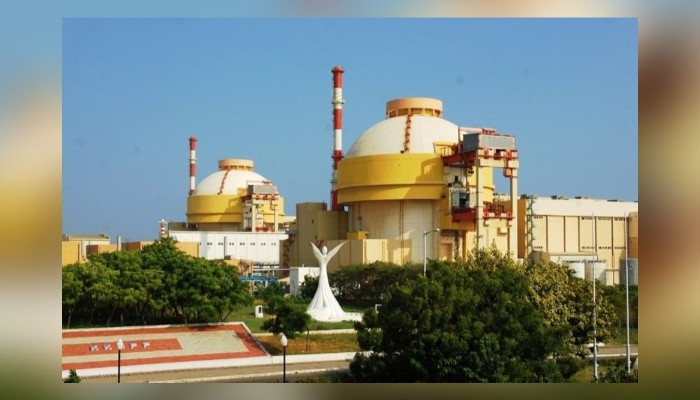 India has actively engaged in pioneering research in nuclear science, he said

Nuclear power technology has achieved new relevance as a non-fossil resource for meeting the sustained energy needs of humanity amid the challenges of climate change, Foreign Secretary Harsh Vardhan Shringla said on Monday.

In a message at the launch of the Nuclear Science and Technology quiz by the Embassy of India in Vienna, Austria, Shringla said nuclear fusion continues to be a subject of huge research as a promising source of energy in the future.

The Foreign Secretary also emphasized India’s own nuclear program during the launch of the quiz on ‘Nuclear Science and Technology for Sustainable future’.

He said that India has been closely cooperating with the International Atomic Energy Agency to promote the peaceful uses of nuclear science and technology.

“As a nation with a history of indigenous development of nuclear technology, India has actively engaged in pioneering research in nuclear science as well as sharing experiences with the world in a spirit of cooperation and mutual support,” he further said.

The quiz, launched on the occasion of National Science Day, will bring about ideas among the youth to search for innovative solutions using nuclear technology, he said.

The Embassy of India in Vienna is organizing the event in collaboration with the Department of Atomic Energy of India. The quiz will go on globally for a month and will have weekly prizes for the winners.

National Science Day is celebrated every year on February 28 to commemorate the discovery of the ‘Raman Effect’ by noted scientist CV Raman who was awarded the Nobel Prize.

The quiz is aimed at enhancing awareness among the wider populace about the advantages of nuclear science and technology for a sustainable future.

It will also catalyze ideas among the youth to search for innovative solutions using nuclear technology to improve human life and to address local and global challenges for humankind, informed Foreign Secretary Shringla.

The theme for this year’s National Science Day is an ‘Integrated Approach in Science & Technology for Sustainable Future’. It is particularly relevant in the context of the challenge of climate change and the sustainable development goals of the United Nations, he noted.