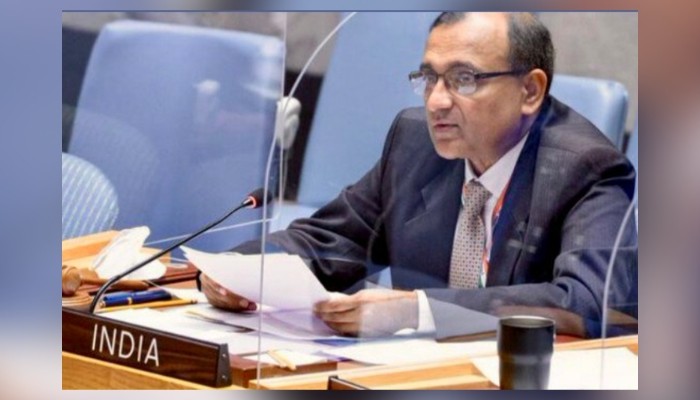 India has decided to provide urgent relief supplies, including medicines, to Ukraine

Noting that there is an urgent and pressing humanitarian situation developing in Ukraine, India has said the international community needs to ensure free and interrupted humanitarian access and smooth movement of all peoples in the war-torn nation.

India’s Permanent Representative to UN TS Tirumurti, while making a statement at the UN General Assembly Emergency Special Session on Ukraine on Sunday, said India has decided to provide urgent relief supplies, including medicines and these are expected to be delivered soon.

“India is deeply concerned that the situation in Ukraine continues to deteriorate. We reiterate our call for the immediate cessation of violence and an end to hostilities,” he told the UNGA.

“All member states of the United Nations are not only obliged to follow the UN Charter but also respect international law and territorial integrity and sovereignty of states,” Tirumurti said.

Peaceful settlement of disputes in accordance with these principles has been India’s consistent position that has stood the test of time, he said.

“As such, my Government firmly believes, that there is no other choice but to return to the path of diplomacy,” the Indian envoy to UN said.

Prime Minister Narendra Modi has advocated this strongly in his recent conversations with the leadership of the Russian Federation and Ukraine, he said.

“In this regard, we welcome the commencement of direct talks between both sides. We reiterate our firm conviction that all differences and interests can only be bridged through honest, sincere and sustained dialogue,” Tirumurti mentioned.

“There is an urgent and pressing humanitarian situation developing in Ukraine. The international community needs to ensure free and uninterrupted humanitarian access and smooth movement of all peoples,” he argued.

Stating that India is doing whatever it can to undertake immediate and urgent evacuation efforts of Indian nationals who are still stranded in Ukraine, Tirumurti said, the safety and security of Indian nationals, including a large number of students, remains our top priority.

“The complex and uncertain situation at the border crossings is adversely impacting the uninterrupted and predictable movement of people,” he said.

“In this regard, I would like to thank all neighboring countries of Ukraine who have opened their borders for our citizens and given all facilities to our Missions and their personnel to evacuate Indian nationals to their home land,” the Indian envoy said.

“We stand ready to help those from our neighbours and developing countries who are also stranded in Ukraine and may seek assistance,” he informed.