No choice but to return back to path of diplomacy and dialogue: India on Ukraine crisis 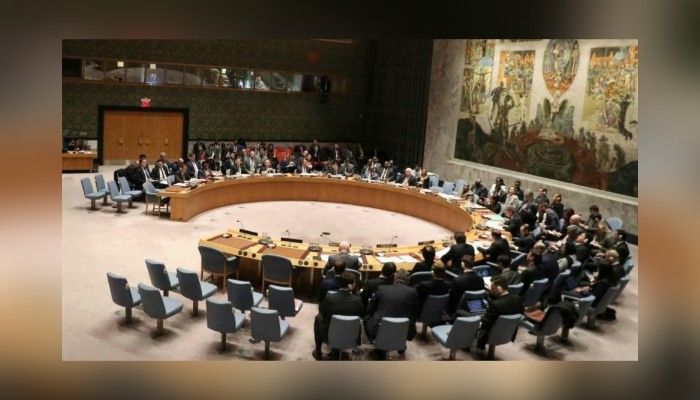 Welcoming the announcement by warring Russian Federation and Ukraine to hold talks at the Belarus border, India at the UN Security Council on Sunday said that there is no choice but to return back to the path of diplomacy and dialogue.

“We reiterate our call for immediate cessation of violence and an end all hostilities,” he told the Council after India abstained from voting to call for a special emergency session of the UN General Assembly to discuss the situation in Ukraine.

The resolution was adopted with 11 votes in favour, paving the way for the General Assembly to meet on the crisis. India, China and the UAE abstained, while Russia voted against the resolution.

Arguing that there is no choice but to return back to the path of diplomacy and dialogue, Tirumurti said that Indian Prime Minister Narendra Modi has advocated this strongly in his recent conversations with the leadership of the Russian Federation and Ukraine.

“In this regard I welcome today’s announcement by both sides to hold talks at the Belarus border. The global order is anchored on international law, UN Charter and respect for territorial integrity of all states. We are all agreed on these principles,” he informed.

“We continue to deeply concerned about the safety and security of Indian nationals including a large number of Indian students who are still stranded in Ukraine,” the Indian envoy to UN said.

“Our evacuation efforts have been deeply impacted by the complex and uncertain situation at the border crossings,” he observed.

Mentioning that it is important to maintain an uninterrupted and predictable movement of people, Tirumurti said it is an urgent humanitarian necessity that must be immediately addressed.

Taking into consideration the totality of circumstances, we decided to abstain, he added.

This is the second time that India has abstained from voting on a UN resolution on Ukraine.

Last week, while demanding immediate, complete and unconditional withdrawal of Russian troops from Ukraine, India had abstained from voting on a US-sponsored UNSC resolution that condemned Moscow aggression against Kyiv.

In the 15-member UNSC, the resolution received 11 votes in favour, one vote against (Russia), with three abstentions (India, UAE and China)

As expected, Russia used its veto power to block the resolution, but western nations said the resolution seeks to show Moscow’s isolation on the global stage for its invasion and actions against Ukraine.