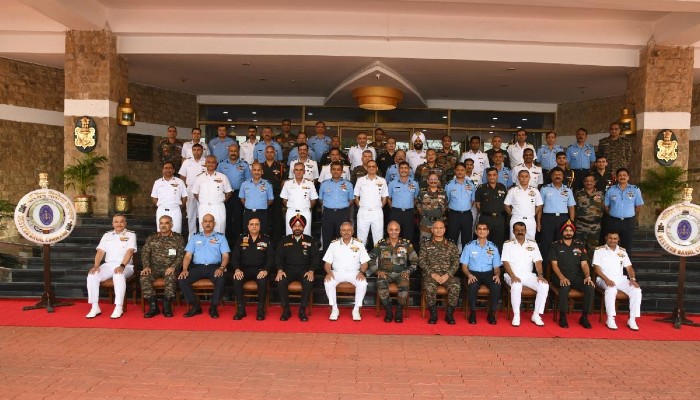 Operational control over all of those assets, regardless of the force, will lie with the commander of that theatre

In order to impart thrust to jointness and organisational synergy among three services—Army, Air force and Navy, the Western Naval Command of the Indian Navy on Friday held discussions on the modalities and structural framework for the creation of Integrated Theatre Commands for the Indian Armed Forces.

According to the Ministry of Defence, the meeting was conducted over a period of two days from February 24 to February 25, 2022.

A total of nine Commanders-in-Chief from the Indian Army, Navy, Air Force and ANC, came together for a high-level meeting to discuss and deliberate on various aspects related to setting up of the Integrated Maritime Theatre Command, the Ministry said.

The meeting was chaired by Vice Adm Ajendra Bahadur Singh, PVSM, AVSM, VSM, ADC, who has been nominated as the lead CinC for the Study, the Ministry said.

In addition to the Commanders-in-Chief, almost 50 senior officers from various Commands of the three Services as well as from Headquarters, Integrated Defence Staff and Department of Military Affairs also attended the meeting and provided inputs towards laying a strong foundation for the Theatre Command.

Creation of four to five Integrated Theatre Commands is under discussion.

Each of these commands will have the needed assets from all the three forces.