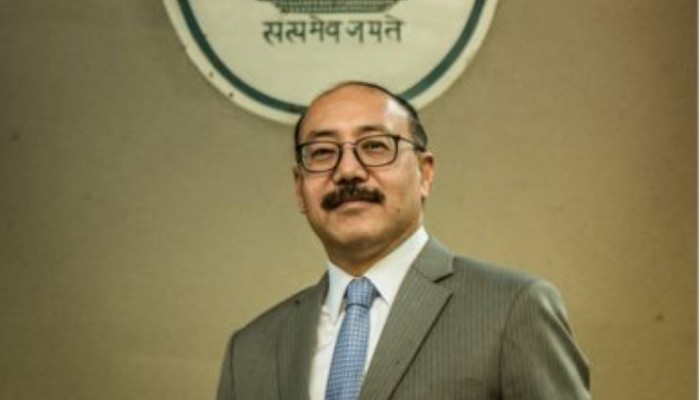 On the occasion of the 70th anniversary of the establishment of diplomatic relations reflecting the age-old spiritual, cultural and civilizational ties between India and Japan, Foreign Secretary Harsh Shringla on Thursday remarked that Japan has been a valuable partner in India’s development journey.

Addressing a conference, ‘India-Japan: 70 years of Cooperation and the Way Forward’ Organized by the Ananta Centre and Embassy of Japan, India, Shringla said, “Over the course of the last 70 years, Japan has emerged as one of India’s most trusted partners. Prime Minister Narendra Modi’s visit to Japan in 2014 led to the elevation of our ties to a ‘Special Strategic and Global Partnership’. In the last few years, this Partnership has seen tremendous progress and now covers a wide range of areas.”

He added that both South East Asian countries are planning to organize a number of events throughout this year to celebrate this historic milestone in our relationship.

Shringla said, “Japan has been a valuable partner in India’s developmental journey. The iconic Delhi Metro has transformed the way we imagine urban mobility. Flagship projects such as the Mumbai-Ahmedabad High Speed Rail (MAHSR), Delhi-Mumbai Industrial Corridor (DMIC), and the Dedicated Freight Corridor (DFC) are under various stages of implementation.”

The Foreign Secretary said that there has also been a growing salience on India’s Act East Policy.

“Connectivity and other developmental projects being implemented under the India-Japan Act East Forum, which the Ambassador of Japan to India and I co-chair, are contributing to the development of the North Eastern Region of India. This assumes greater significance given that the North East is India’s gateway to South-East Asia. In addition, we are increasingly comfortable in engaging with other like-minded partners in various regional and multilateral forums,” he explained.

Underlining the Covid-19 pandemic that has generated severe economic stresses and fundamentally altered geopolitical and geo-economic equations, he said, “It has also opened up prospects for India and Japan to enhance their cooperation. We need to capitalize on these opportunities. This is the mantra that should guide us as we go forward".

In this regard, FS Shringla mentioned that both the coutries should aim to develop stronger partnerships in various areas such as: