India to evacuate stranded nationals in Ukraine from neighbouring countries 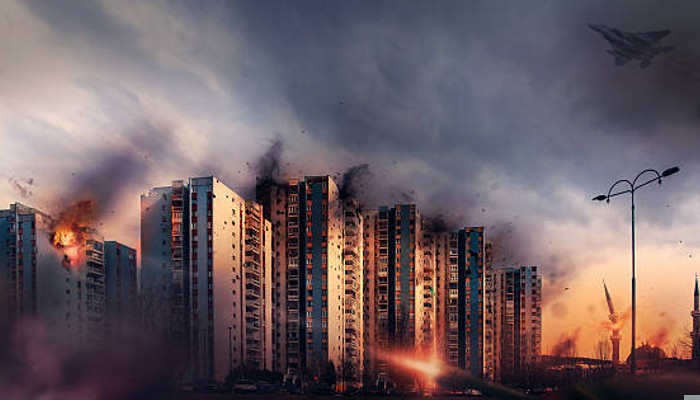 Ukrainian cities under attack from Russia-Image for representational purposes

The Government of India is organizing evacuation flights for Indians in Ukraine, sources said , adding cost will be completely borne by the Government for this evacuation.

Ukraine shut its airspace soon after Russia attacked the East European country by raining down missiles and bombs on major cities.

An Air India flight to Ukraine capital Kyiv made a u-turn and returned to Delhi on Thursday.

Later, the government decided to send its teams to Ukraine's borders with Hungary and Poland to evacuate its citizens stuck in the country.

In the meanwhile, the Indian embassy in Kyiv has issued a fresh advisory, stating that “since the Ukrainian airspace has been closed, the schedule for special flights stands cancelled.

The Indian embassy further said alternative arrangements are being made for the evacuation of Indian nationals.

The Indian embassy will convey information as soon as such alternative arrangements are finalized. For personal safety, the Indian embassy has asked Indian nationals in Ukraine to relocate to the western part of the country.