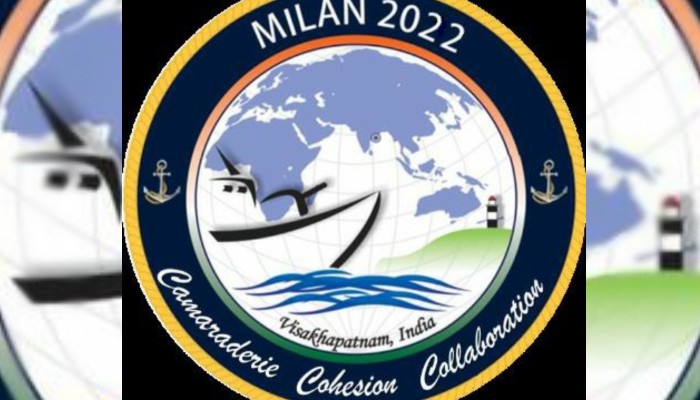 Forty countries have been invited for MILAN 2022.

The latest edition of the Indian Navy’s multilateral exercise MILAN 2022 is scheduled to commence from Friday in Andhra Pradesh’s Visakhapatnam.

Forty countries have been invited for the operation, which will be the largest multilateral exercise in this region. The exercise will see participation of all major navies including Quad countries, Russia and West Asian countries. The member nations of AUKUS (Australia, the UK & the US) too are going to be participating in this drill.

The aim is to hone operational skills, and enable doctrinal learning in the maritime domain, through professional interaction between friendly navies, according to a statement by the Ministry of Defence.

MILAN 22 is being conducted over a duration of nine days in two phases with the harbour phase scheduled from February 25 to 28 and Sea Phase from March 1 to 4. “The theme of the MILAN 2022 exercise is “Camaraderie-Cohesion-Collaboration” which aims to project India as a responsible maritime power to the world at large,” informed the ministry.

The opening ceremony on February 26 will see the inauguration of the MILAN village and an International City Parade is scheduled the next day with the participation of foreign contingents, the defence ministry said.

Activities include an International Maritime seminar, professional and subject matter expert exchanges and Deep Submergence Rescue Vessel (DSRV) demonstration capabilities meant to rescue submarines in distress, among others, it added.

India is one of the few countries in the region which possesses DSRV capability. The high-profile foreign delegates will comprise several high level naval leadership, agency heads, Ambassadors, and equivalent.

Starting with the participation of four countries, namely, Indonesia, Singapore, Sri Lanka and Thailand, in 1995, the exercise has since transitioned in terms of number of participants and complexity of exercises.

The participation increased from six regional countries to 18 countries in 2014 which included IOR littorals, the ministry informed.

The drill has so far been held at Port Blair in Andaman and Nicobar but is now being shifted to Visakhapatnam, which offers more infrastructure as well as sea space for the exercise.

With the Indian Navy’s engagement with friendly foreign countries expanding over the decades, a need was felt to further consolidate the naval cooperation by enhancing the scale and complexity of the Milan exercise and engaging both regional and extra regional navies of the world, the ministry added.

MILAN envisages further enhancement of the scope and complexity with a focus on exercises at sea in surface, subsurface, and air domains, including weapon firings.