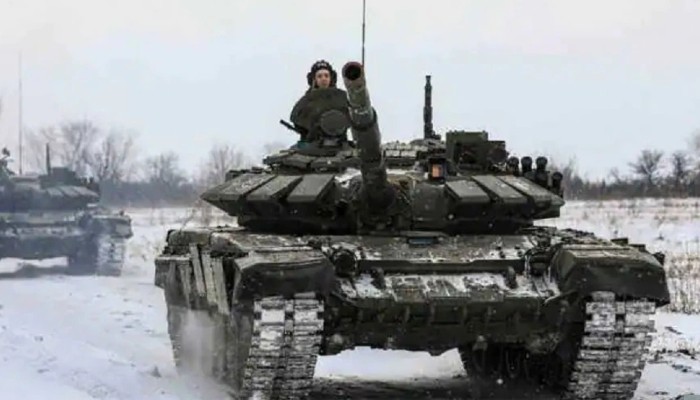 The focus is on the safety and security of Indians, particularly students

The Indian government is closely monitoring the rapidly changing situation in Ukraine after Russia launched military operations in the Donbas region on Thursday.

Stating that the focus is on safety and security of Indians, particularly students, sources said that the Ministry of External Affairs (MEA) control room was being expanded and made operational on 24x7 basis.

The situation has become delicate with Ukrainian airspace being shut down for civilian flights after Russia announced the launch of military operations to defend separatist groups towards the eastern part of Ukraine, known as the Donbas region. An Air India flight headed for Ukrainian capital Kyiv had to turn back.

An advisory issued by the Indian Embassy in Kyiv said that the schedule for special flights stood cancelled due to the closure of the airspace.

"Alternative arrangements are being made for the evacuation of India nationals. Embassy will issue instructions as soon as such arrangements are finalized, so that Indian nationals can relocate to the western parts of the country," the advisory said.

The Indian Embassy also advised the Indian nationals in Ukraine to carry their passports and necessary documents on their person at all times.

This followed weeks of mobilization of troops along the eastern and Southern borders of Ukraine. Reports had indicated that Russia had massed 150,000 to 200,000 troop on the region.

The US, UK and several other countries have announced sanctions against Russia after repeated requests for a de-escalation failed to yield results.