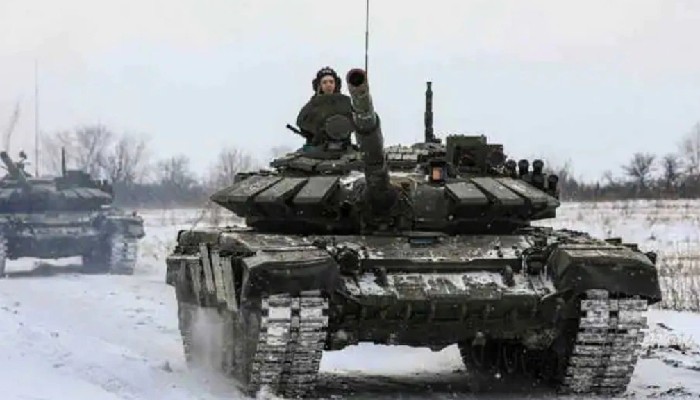 The Indian Embassy in Ukraine's capital Kyiv on Tuesday issued a fresh advisory asking student nationals, whose stay is not essential, to leave the country temporarily amid high levels of tensions on borders.

“In view of the continued high levels of tensions and uncertainties with respect to the situation in Ukraine, all students whose stay is not deemed essential, are advised to leave Ukraine temporarily rather than wait for an official confirmation from universities," said the embassy in its new advisory.

About queries by Indian students related to online classes by medical universities in Ukraine, the embassy said it is engaged with respective authorities on the matter.

"The embassy of India is receiving a large number of calls asking about the confirmation of online classes by Medical Universities. In this regard, as informed earlier, the embassy is engaged with respective authorities for streamlining of the education process for Indian students," it said.

This was the third advisory in the last one week by the Indian Embassy in Kyiv.

In the latest caution too, the Embassy, which has set up a 24X7 control centre there to help its citizens, urged Indian nationals and students to temporarily leave the country as tensions escalate.

Indian students were also urged to avail of the commercial and charter flights for orderly and timely departure from there.

There are more than 20,000 Indian students studying in various universities in Ukraine. The advisory on February 15 had first asked the students to leave the country as soon as possible.

Air India, which was recently sold to the Tata Group, will fly three special aircraft to Ukraine on February 22, 24 and 26. The flights will operate to and from Boryspil International Airport, Ukraine.

The move came amid apprehensions by Western leaders that Russia was set to invade Ukraine soon as it deployed over 130,000 soldiers, heavy weapons and fighter jets along the Ukrainian border.

India has all along reiterated its stand of a "quiet and constructive diplomacy" to resolve the crisis and said so in the United Security Council last week. Russia had welcomed India's balanced, principled and independent approach.