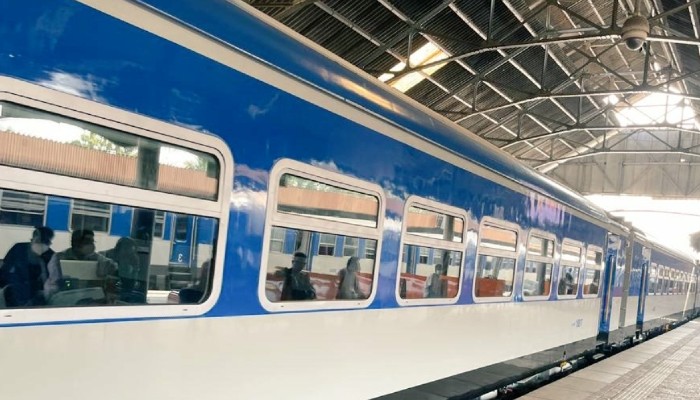 "Perfect track record!!Officials of High Commission attended the successful trial run of the second AC DMU to arrive in #Srilanka from #India under an ongoing Line of Credit. Proud of India-Sri Lanka cooperation for providing people of #lka with dependable & world class railway facilities," the Indian High Commission in Sri Lanka said on Twitter.

The train service connected the capital city of Colombo with Kankesanthurai on the northern tip of the Jaffna Peninsula, which has a Tamil-majority population.

Several Lines of Credit (LoC) have been extended to Sri Lanka by the Export Import Bank of India in the last 15 years, said the Indian High Commission’s website.

Important sectors in which projects have been executed or are under execution, under these LoCs include railway, transport, connectivity, defence and solar energy.

Some important projects completed are: supply of defence equipment; up-gradation of railway line from Colombo to Matara; track laying by IRCON on Omanthai-Pallai sector, Madhu Church-Tallaimannar, Madawachchiya-Madhu Railway line and reconstruction of the Pallai-Kankesanthurai Railway line.

In March and September last year, RITES Ltd had supplied 20 state-of-art railway passenger coaches as part of 160 coaches to be supplied to SL Railways through an Indian Line of Credit (LoC).