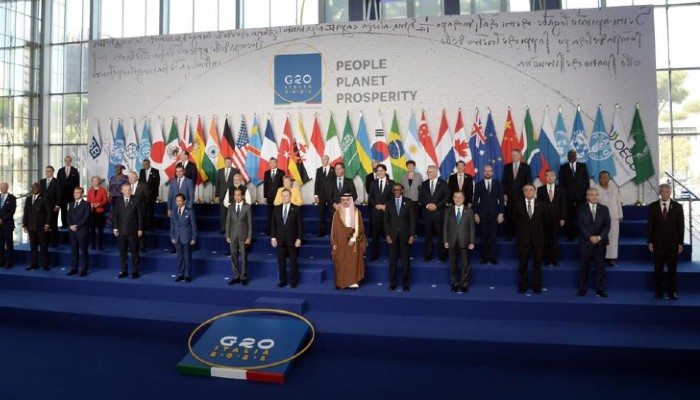 India will hold the Presidency of the G20 from December 1 this year to November 30, 2023, culminating with the G20 Summit in India

India has begun preparing for its G20 Presidency starting from December 1 this year with the Union Cabinet on Tuesday approving the setting up of a G20 Secretariat, guided by an apex committee headed by Prime Minister Narendra Modi.

The Union Cabinet, chaired by PM Modi, approved the setting up of a G20 Secretariat and its reporting structures, which will be responsible for implementation of overall policy decisions and arrangements needed for steering India’s forthcoming G20 Presidency, said a statement of the Ministry of External Affairs.

As per practice, a G20 Secretariat is being established to handle work relating to substantive, knowledge, content, technical, media, security and logistical aspects of India’s G20 Presidency, the statement said.

It will be manned by officers and staff from the Ministry of External Affairs, Ministry of Finance, and other relevant Ministries and Departments and domain knowledge experts. The Secretariat will be functional till February 2024, it added.

The MEA said a coordination committee will also be set up to oversee all G20 preparations and report to the apex committee.

The G20 Secretariat will enable long term capacity building, including knowledge and expertise, for India’s leadership on global issues in multilateral fora.

Earlier, on December 1, last year, India had joined the G20 Troika which consists of Indonesia, Italy, and India- the current, previous and incoming G20 Presidencies, respectively.

The MEA in its statement had then said, “As a founding member of the G20, India has used the platform to raise issues of vital importance and those that impact on the most vulnerable around the world.”

The December 1 statement had noted that Indonesia has assumed the G20 Presidency and will convene various G20 meetings throughout the year culminating with the G20 Leaders’ Summit on 30-31 October 2022 under the overall theme of ‘Recover Together Recover Stronger’.

As a Troika-member, India will work closely with Indonesia and Italy to ensure consistency and continuity of the G20’s agenda, the MEA statement added.