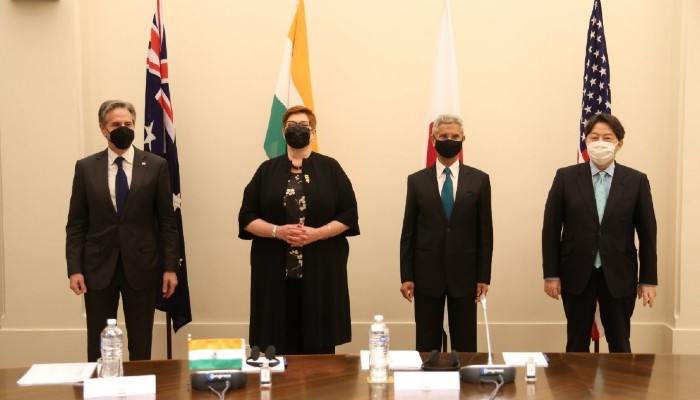 The White House on Monday said that India is a driving force of the Quad and an engine for regional growth. The statement came days after foreign ministers of the countries met in Melbourne as part of the grouping, during which they discussed China’s destabilising role in the Indo-Pacific region and Russian aggression in Ukraine.

The Quad or Quadrilateral Security Dialogue comprises India, the US, Japan and Australia.

US Secretary of State Tony Blinken and Indian External Affairs Minister S Jaishankar were part of the discussions.

“We recognise that India is a like-minded partner and leader in South Asia and the Indian Ocean, active in and connected to the Southeast Asia, a driving force of the Quad, and an engine for regional growth and development,” White House Principal Deputy Press Secretary Karine Jean-Pierre said.

“It was an opportunity to discuss Russia’s ongoing threat to Ukraine. They discussed the threat that Russia’s aggression poses not only to Ukraine but to the entire international rules-based order, which has provided a foundation for decades of shared security and prosperity for the region and around the globe,” she added.

“Throughout his meetings with the Quad partners, Secretary Blinken discussed the challenges Russia poses to the rules-based on international order and our readiness to support our European allies,” she added.

The US will continue to build a strategic partnership in which the US and India work together to promote stability in South Asia, collaborate in new domains such as health, space, cyberspace, deepen the economic and technology cooperation, and contribute to a free and open Indo-Pacific, Jean-Pierre added.

The White House refrained from responding to a question on the recent remarks by the Indian minister that India only abides by the multilateral sanctions and does not follow sanctions imposed by individual countries.