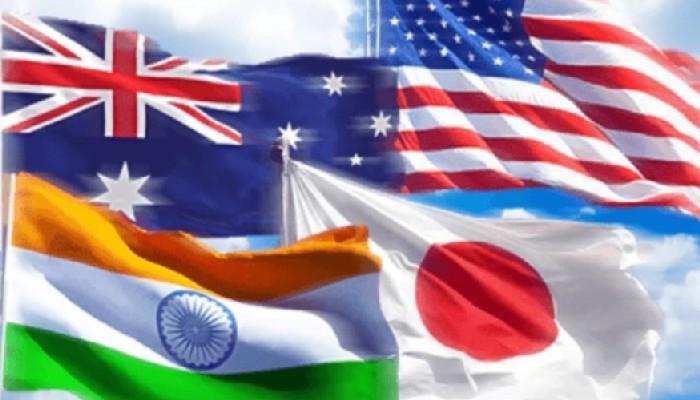 Quad Foreign Ministers in their fourth meeting on Friday reaffirmed their commitment towards advancing an Indo-Pacific region free from coercion and also condemned terrorism in all forms, including 26/11 Mumbai and Pathankot terror attacks.

“We reaffirm the Quad’s commitment to supporting Indo Pacific countries’ efforts to advance a free and open Indo-Pacific – a region which is inclusive and resilient, and in which states strive to protect the interests of their people, free from coercion,” it stated.

“Our meeting advanced the Quad’s positive and ambitious agenda. We are focused on working closely with Indo-Pacific partners to address the region’s most important challenges. Working together as the Quad, we are more effective in delivering practical support to the region,” the Joint Statement noted.

It stated that the group recognises that international law, peace, and security in the maritime domain underpins the development and prosperity of the Indo-Pacific.

The Joint Statement reiterated the importance of adherence to international law to meet challenges to the maritime rules-based order, including in the South and East China Seas.

It also mentioned that the Quad is exchanging information on ever-evolving threats and working with Indo-Pacific countries.

Expressing grave concern over terrorism, the Joint Statement asked all the countries to ensure that territory under their control is not used to launch terror attacks and to expeditiously bring to justice the perpetrators of such attacks.
“We reiterate our condemnation of terrorist attacks in India, including 26/11 Mumbai and Pathankot attacks,” it noted.

The Joint Statement also reaffirmed UNSC Resolution 2593 (2021) that Afghan territory should not be used to threaten or attack any country, shelter or train terrorists, or plan or finance terrorist acts, with such ungoverned spaces being a direct threat to the safety and security of the Indo-Pacific.
The Quad Foreign Ministers in their meeting also condemned North Korea’s ballistic missile tests, said the statement.

“We condemn North Korea’s destabilising ballistic missile launches in violation of UN Security Council resolutions (UNSCRs), reaffirm our commitment to the complete denuclearisation of North Korea consistent with UNSCRs, and reconfirm the necessity of immediate resolution of the issue of Japanese abductees,” it stated.

They also expressed concern about the crisis in Myanmar and reaffirmed their support to ASEAN in seeking solution in Myanmar.

“We remain gravely concerned about the crisis in Myanmar and call for an end to violence, the release of all those arbitrarily detained, including foreigners, and unhindered humanitarian access,” the Joint Statement said.

“We reaffirm our support for ASEAN efforts to seek a solution in Myanmar and call on the military regime to urgently implement ASEAN’s Five-Point Consensus and swiftly return Myanmar to the path of democratic,” it said while adding that Quad partners encourage the international community to work together to support an end to the violence.