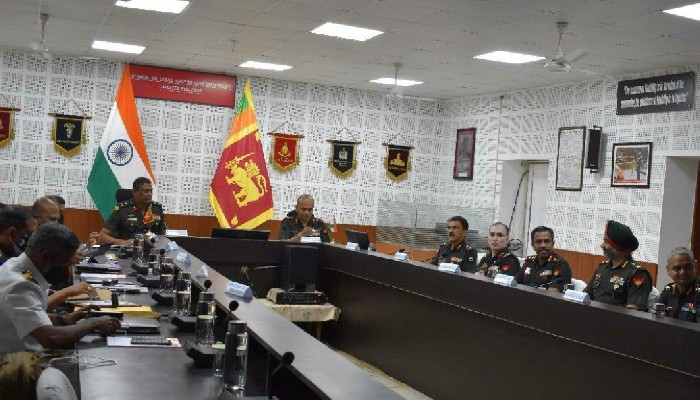 The talks are being held in Pune, Maharashtra.

The 9th edition of Annual Army to Army Staff Talks between the Indian Army and Sri Lankan Army are being conducted in Pune with a focus on further strengthening defence cooperation engagements, including training and exchanges in the fields of sports and culture.

“9th Annual Army to Army Staff Talks #AAST between #IndianArmy & #SriLankanArmy are being conducted at Pune. The talks will focus on further strengthening defence cooperation engagements including training and exchanges in the fields of sports & culture. #IndiaSriLankaFriendship,” said a tweet by the Additional Directorate General of Public Information of the Indian Army on Friday.

India and Sri Lanka have a legacy of intellectual, cultural, religious and linguistic interaction and the relationship between two countries is more than 2500 years old. Trade and investment have grown and there is cooperation in the fields of development, education, culture and defence.

India has extended numerous Lines of credit (LOC) to Sri Lanka and defence is one of the important sectors in which projects have been executed or are under execution. India has also supplied defence equipment to Sri Lanka under the LOC.

The 8th Edition of Exercise Mitra Shakti was held in Ampara in Sri Lanka on October 4-16 last year.

An all-arms contingent of 120 personnel of the Indian Army had participated in the exercise along with a battalion of the Sri Lankan Army, the Ministry of Defence (MoD) had said.

According to the MoD, the aim of the exercise is to promote close relations between the Armies of both countries and enhance inter-operability and sharing of best practices in counter insurgency and counter terrorism operations.