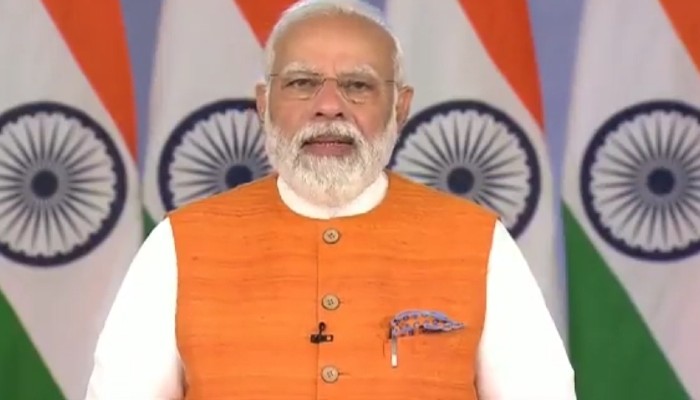 Addressing the high level segment of the One Ocean Summit organised by France, he said, "India will be happy to join France in launching a global initiative on single use plastics".

India recently undertook a nation-wide awareness campaign to clean plastic and other waste from coastal areas, the Prime Minister pointed out.

Noting that three hundred thousand young people collected almost 13 tons of plastic waste, PM Modi added that he had also directed the Indian Navy to contribute100 ship-days this year to cleaning plastic waste from the seas.

"We hope for a legally binding international treaty this year," he remarked.

The One Ocean Summit was organised by France from February 9-11 in Brest, France, in cooperation with the United Nations and the World Bank.

Besides PM Modi, the high-level segment of the Summit was also addressed by several other Heads of States and Governments including Germany, United Kingdom, South Korea, Japan, and Canada, among others.

The objective of the Summit was to mobilise the international community to take tangible action towards preserving and supporting healthy and sustainable ocean ecosystems.