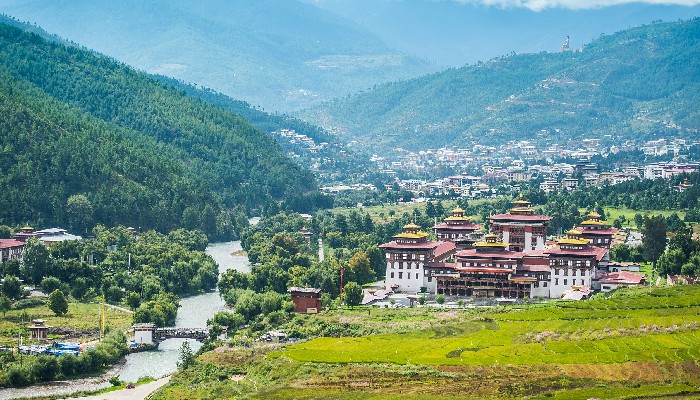 This grant has been made under the project tied assistance

India has provided Nu. 759 million to Bhutan for the smooth implementation of the Himalayan country's various development projects, spread over sectors like education, infrastructure development, agriculture and livestock enterprise development.

“Today, Government of India has released an amount of Nu. 759 million to the Royal Government of Bhutan for the smooth implementation of various development projects in Bhutan,” said a statement issued by the Indian Embassy in Bhutan on Tuesday

This grant has been made under the project tied assistance (PTA) committed by the Government of India to the Royal Government of Bhutan for the 12th five year plan of Bhutan, it added.

Out of this grant amount, Nu. 188 million has been earmarked for the construction of a Halhalay Dorokha Namchukhola Road, the statement said.

The 40 Km road in Samtse will reduce the travel time between Halhalay and Namchukhola, it said.

Once blacktopping and resurfacing works are completed by June 2022, this road will provide for continuous year-round traffic movement and help improve regional connectivity, the Indian Embassy said.

India is also supporting Bhutan’s Education Flagship Program which is being implemented in all 20 Dzongkhags and 4 Thromdes of Bhutan, it noted.

According to the statement this project aims to enhance ICT skills of students, supply digital devices to schools and augment trainers’ competencies in computer coding.

An amount of Nu. 280 million has been released for this program, it said.

An amount of Nu. 170 million will be dedicated to the Improvement of Puili Road in Dewathang, the statement mentioned.

Under this project, road widening and pavement works are being undertaken for a stretch of 43-kms in Samdrupjongkhar, it said.

Once completed, this road project will provide smooth and safe movement for all types of vehicular traffic, the Indian Embassy maintained.

It further said that for the development of livestock enterprises in all Dzongkhags of Bhutan, Nu. 121.028 million is being released under the grant.

This project is being undertaken in the sectors of dairy, egg, broiler, pork, trout, warm water fishery, Chevon goat and forage production, the statement informed.

The project is being implemented by the Department of Livestock and is being monitored at Dzongkhag level by regional livestock development centres, it maintained.

This project will contribute to greater food, nutrition and livelihood security of the Bhutanese people and help in poverty reduction, creation of employment and income generation opportunities, the statement said.

For the 12th Five Year Plan of Bhutan, the Government of India has committed financial support of Nu. 45 billion. Of this total, Nu. 28 billion under project tied assistance, Nu. 8.5 billion towards high impact community development projects and Nu. 8.5 billion as grant assistance, it further stated.