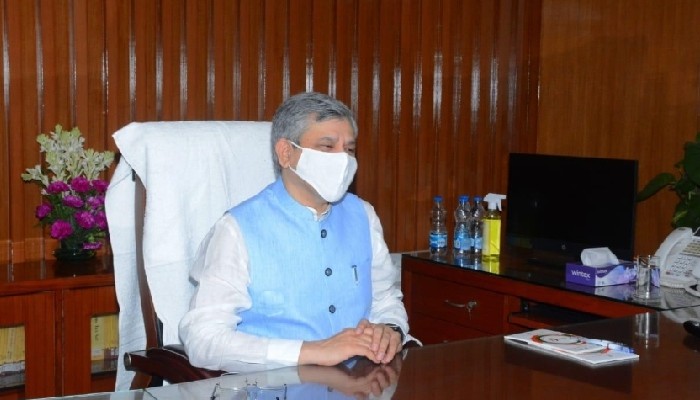 India is poised to become the world leader in mobile handset manufacturing over the next few years, Union Minister of Railways, Communication and Electronics and Information Technology Ashwini Vaishnaw said on Sunday.

He also maintained that the 5G technology has progressed satisfactorily and will be rolled out this year.

Addressing a press conference in Bhubaneswar, Vaishnaw said India has emerged as the secondd largest manufacturer of mobile handsets in the world in terms of volume, with 200 units manufacturing mobile handsets.

“As a part of the AatmaNirbhar Bharat programme, we have now been clearly instructed to design and manufacture the expertise required for 4G and 5G connectivity in India. It’s a matter of satisfaction that 4G expertise has been designed and developed in India. It’s being examined. The progress, we have now achieved close to 5G service, is past our expectation,” stated Vaishnaw.

The Union minister said India has achieved progress in 5G much more than expected and very soon 5G core and radio network would be launched.

“During the past two years, C-DOT and TCS have developed the technology by virtualising the network. Our engineers have worked hard on virtualisation which no other company in the world has mastered. I am confident that India will become the world leader in mobile technology,” he said, adding that India has developed 4G technology better than the ones available in other countries.

On revival of BSNL/MTNL, he said public sector telecom companies had become bankrupt during the UPA rule. “BSNL was a profitable company. However, its funds were diverted in UPA era. Once BSNL is stable with 4G technology, in 1-2 years it will adopt 5G technology,” he added.

Vaishnaw said as many as 6,000 villages in Odisha remain out of mobile network due to lack of mobile towers. His ministry has identified around 3,933 sites where mobile towers will be installed, he added.