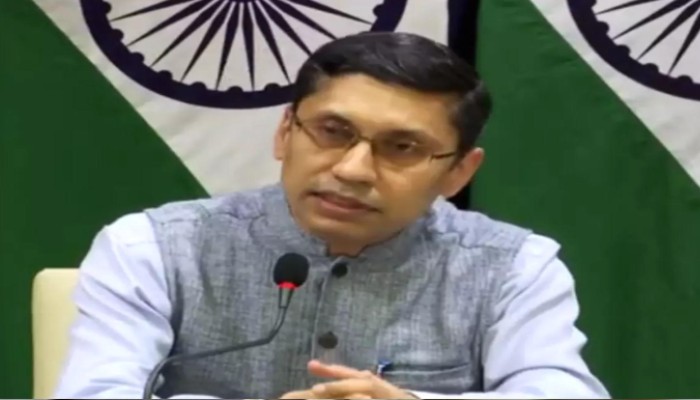 India has taken a strong exception to China’s decision to make PLA commander Qi Fabao, who was involved in the 2020 Galwan Valley clash, as a torchbearer in the Winter Olympics torch rally held in Beijing on Wednesday.

Terming the selection as “regrettable”, India has decided to diplomatically boycott the opening or closing ceremonies of the Winter Olympics.

“I wish to inform that our Chargé d'affaires of Embassy of India in Beijing will not be attending the opening or closing ceremony of the Winter Beijing Olympics,” Ministry of External Affairs Spokesperson, Arindam Bagchi said during the weekly media briefing on Thursday.

“It is indeed regrettable that the Chinese side has chosen to politicize an event such as the Olympics,” the MEA Spokesperson added.

On Friday, the Winter Olympics will open in China in a lavish ceremony to be attended by President Xi Jinping and more than a dozen world leaders, including Russia’s Vladimir Putin, five Central Asian Presidents and Pakistan Prime Minister Imran Khan.

But India, calling spade a spade, has decided to give the event a diplomatic miss following Qi Fabao’s selection as torchbearer. According to CPC run Global Times, Qi Fabao was PLA regiment commander who was honoured by the Chinese military after he sustained a head injury in the Galwan Valley clash on June 15, 2020.

As many as 20 Indian soldiers were killed in violent clashes with PLA troops on the night of June 15-16 in the Galwan Valley in eastern Ladakh. India had blamed China for the clash, saying it tried to alter the status quo along the Line of Actual Control.