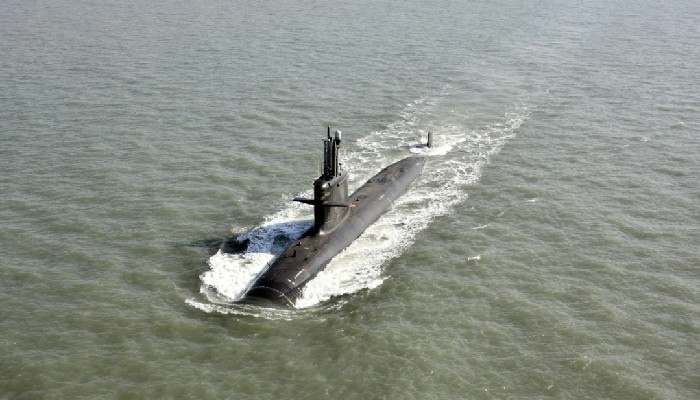 Scorpene-class submarines are a key asset for the Indian Navy.

The name 'Vagir' has been derived from INS Vagir - a Vela-class submarine from Russia that served in the Navy from 1973 to 2001. During its sea sortie, the submarine will undergo intense trials of all its systems at sea, including propulsion systems, weapons and sensors.

The MDL delivered two Scorpene submarines in 2021 amidst the Covid pandemic and “the commencement of sea trials of the fifth submarine is a significant milestone”, the Ministry of Defence said.

The six Kalvari-class submarines, designed by French company DCNS, are being built in India as part of the Indian Navy's Rs.23,000 crore “Project 75”. These submarines can undertake missions like anti-surface warfare, anti-submarine warfare, intelligence gathering, mine laying, and area surveillance.

Scorpene-class submarines are a key asset for the Indian Navy and are capable of launching different kinds of torpedoes and missile systems. They are also equipped with a range of surveillance and intelligence gathering mechanisms.

Of the six submarines ordered, four - Kalvari, Khanderi, Karanj, and Vela - have been inducted into the Indian Navy.

Last year, Project-75’s INS Karanj and INS Vela were inducted into the Indian Navy in Mumbai. The first scorpene-class submarine INS Kalavari was commissioned in 2017 followed by the INS Khanderi in September 2019.

The fourth Scorpene, Vela, has started sea trials, while the sixth and last submarine, Vagsheer, is under development stage. All these submarines have advanced stealth and combat capabilities.

In July 2021, the Narendra Modi government issued a tender for the long-pending project to build in India, with foreign collaboration, six new-generation conventional stealth submarines. The project was first granted “acceptance of necessity” in November 2007 and was named Project-75 (India), or P-75(I), and is a follow-on to Project 75.