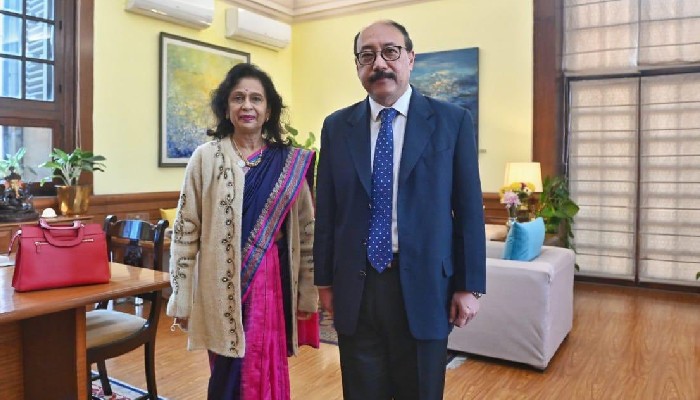 Speaking about it, Ministry of External Affairs Spokesperson Arindam Bagchi tweeted: “Foreign Secretary @harshvshringlawelcomed High Commissioner of Mauritius Santi Bai Hanoomanjee. Had a productive discussion on enhancing bilateral cooperation & strengthening the uniquely warm relations between our countries. Mauritius is integral to our vision of SAGAR.”

Union budget 2022 has pledged Rs 900 crore to Mauritius for its several developmental projects.

The two Prime Ministers had also taken part in a virtual foundation stone laying ceremony for two other projects - construction of a state-of-the-art Civil Service College and a 8 MW Solar PV Farm - also undertaken as part of India's development support.

Earlier in May 2016, India had extended a grant of US $ 353 million to Mauritius as Special Economic Package (SEP) to execute five priority projects in the Indian Ocean country. These projects included: Metro Express Project, Supreme Court Building, New ENT Hospital, Supply of Digital Tablets to Primary School Children, and the Social Housing Project.

India had provided US $ 4.74 million for the construction of the Civil Service College in Reduit in Mauritius in 2017.

As per the Ministry of External Affairs, once Civil Service College is constructed, it will provide a fully equipped and functional facility for the civil servants of Mauritius to undertake various training and skill development programmes. It will further strengthen institutional linkages with India, the MEA said.