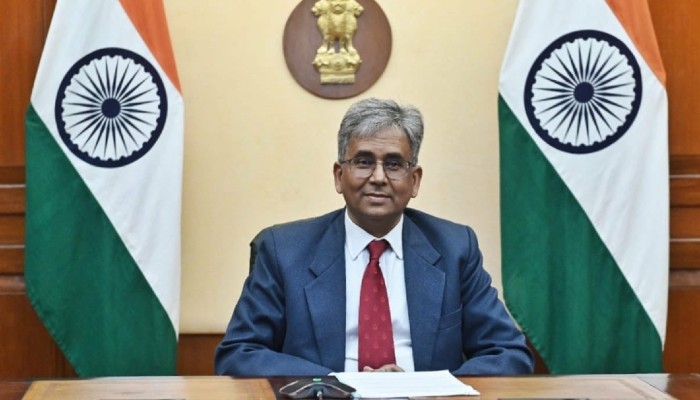 Indo-Pacific is India’s next step beyond the Act East

India envisages a free, open, inclusive, peaceful and prosperous Indo-Pacific, built on a rules based order and with sustainable and transparent infrastructure investments, said a senior official of the Ministry of External Affairs (MEA) on Tuesday.

Addressing the Gateway House Round Table on ‘India: Pursuing Prosperity & Security in the Indo-Pacific’, MEA’s Secretary (East) Saurabh Kumar said that Indo-Pacific is India’s next step beyond the Act East.

“While the coinage 'Indo-Pacific' in a geo-political sense might be of recent usage, India as an ancient maritime power is all too familiar with the transcendence of ocean boundaries; it historically reached out both to its east and west to mutual benefit,” he said.

“The usage, nevertheless, in a contemporary sense represents India's widening interests. It is for us the next step beyond the Act East,” the MEA Secretary added.

The Indo-Pacific should have freedom of navigation and over-flight, unimpeded lawful commerce, mutual respect for sovereignty, peaceful resolution of disputes, and equality amongst nations, Kumar said.

“India's vision of the Indo-Pacific is positive, and inclusive of all nations in its geography and beyond who have a stake in it. ASEAN centrality and unity is an important element of the vision,” he further stated.

According to the MEA Secretary (East), India’s Indo-Pacific vision was laid out by the Prime Minister in his speech in Singapore in 2018.

He had subsequently in the East Asia Summit in Thailand in 2019 enunciated the ‘Indo-Pacific Oceans Initiative’ listing its 7 pillars, that are, maritime security ecology and resources; capacity building; disaster risk reduction and management; S&T and academic cooperation; trade, connectivity and maritime transport.

"Earlier in 2015, the Prime Minister had in the context of Indian Ocean spoken of SAGAR – which means ocean in Hindi - and is also an acronym for 'security and growth for all in the region'," the Secretary mentioned.

This aspiration, inter alia, in the economic domain depends on securing supply chains in the region; avoiding disproportionate dependence on a single country; and ensuring prosperity for all stakeholders, he added.

Greater collaboration in trade, tourism and investment; infrastructure development; marine science and technology; sustainable fisheries; protection of marine environment; and, overall development of the Ocean or Blue Economy has been a part of our strategy, Kumar said.

Noting that the Indian Ocean Rim Association (IORA) has an important role to play in this, he said that India's Indian Ocean strategy remains important to its Indo-Pacific approach.

India has sought to strengthen security and freedom of navigation in the Indo-Pacific by becoming a net security provider, the MEA Secretary said.
It has built relations with partner countries across the region. It has provided defence training courses and deputed mobile training teams, he explained.

Indian Ocean Naval Symposium, which brings together 35 navies of the region, contributes to deepening mutual understanding on maritime challenges and encourages a collective approach, he stated.

In the area of humanitarian assistance and disaster relief, India has established itself as an early responder, the MEA Secretary (East) noted.

Coalition for Disaster Resilient Infrastructure augments such efforts along with International Solar Alliance targeted towards renewable energy, he maintained.

The MEA official said that India has collaborated with its partners in the Indo-Pacific and beyond, including in the Quad format, in efforts to fight the pandemic and there is potential to further strengthen this cooperation.