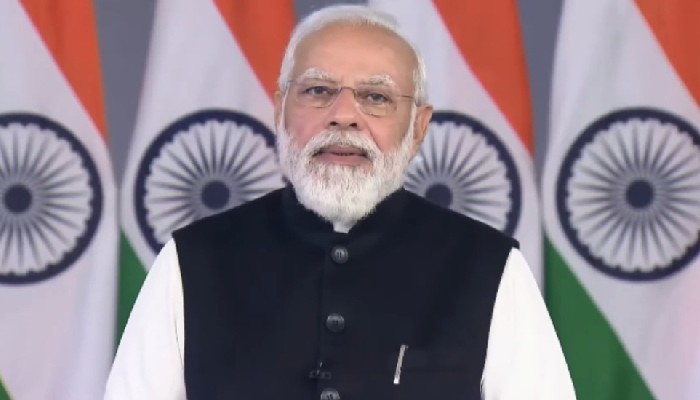 The Budget also has important provisions to take India forward in the direction of modernity, PM Modi said

This Budget focuses on the poor, middle class and youth and aims to provide them basic necessities, Prime Minister Modi said on Wednesday while addressing Bharatiya Janata Party (BJP) workers across the country on 'Atmanirbhar Arthvyawastha’ (self-reliant economy).

The virtual interaction comes a day after Finance Minister Nirmala Sitharaman presented the Union Budget in Parliament built primarily around a huge increase in capital expenditure to revive growth, measures to encourage domestic manufacturing and exports, including a new SEZ policy, and a transition to a less carbon-intensive economy.

PM Modi highlighted the vision with which the Budget has been presented this year.

“People, globally, want to see an empowered and strong India. It is imperative for us that we take our country forward at a rapid pace and strengthen it across several sectors. It is very important that India not only becomes self-reliant but also that a modern India is built on the foundation of 'Aatmanirbhar Bharat'. This Budget has several important provisions to take India forward in the direction of modernity,” said PM Modi.

The Prime Minister spoke about the Budget's thrust on creating infrastructure.

PM Modi pointed out that 'Parvatmala' will provide modern connectivity and infrastructure in the Himalayan region. "This will smoothen access to the hills - both for tourists, pilgrims and most importantly, for our defence forces, he said.

Prime Minister Modi referred to the Budget's focus on modernizing Indian agriculture with emphasis on organic farming which will make farming more lucrative.

"We've taken steps to make a Natural Farming Corridor which will be 2,500 km long & nearly 10 km wide. In the first phase, it will be implemented in Uttarakhand, UP, Bihar, Jharkhand & West Bengal around river Ganga. It will be a complete eco-system," he explained.

Noting that the budget for PM Gram Sadak Yojana has been increased by 36%, PM Modi added that the Railways was also set to make special provisions to benefit small farmers, he added.

He also referred to tax benefits for startups in this budget and pointed out that the provisions done for youth innovation and R&D will motivate youngsters to innovate.

"Our MSMEs are the oldest and strongest pillars of the Indian economy. During COVID, we started the ECGLS. This scheme has safeguarded nearly 1.5 crore jobs, and aided 6 crore lives," said Prime Minister Modi.

PM Modi said migration from border villages is not good for national security and the Budget has provisions to develop 'vibrant villages' on the border. NCC Centres will be brought in at schools situated at the border, the Prime Minister said.