Threat by no means reduced at borders with China: Army Chief Naravane 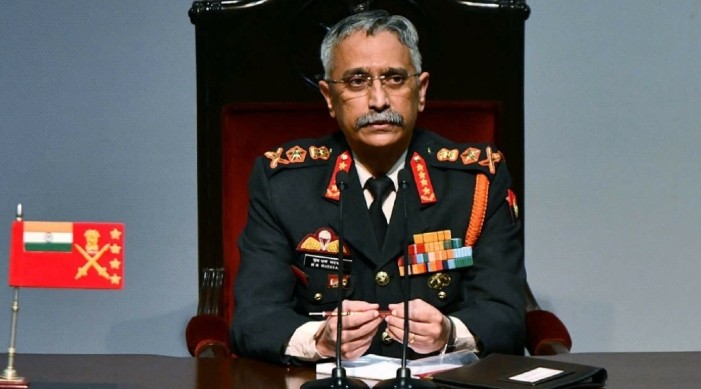 We will continue to deal with the Chinese PLA in a firm, resolute and peaceful manner, he said

Assuring that the Indian Army has maintained the highest levels of operational preparedness along its northern border, Chief of Army Staff General MM Naravane on Wednesday said that the army will continue to deal with the Chinese People’s Liberation Army (PLA) in a firm, resolute and peaceful manner.

Addressing the media ahead of Army Day on Saturday, General Naravane said though there has been partial engagement in the region, the threat (at the borders with China) by no means has reduced.

“On the Northern borders, we have maintained the highest level of operational preparedness while at the same time engaging with the PLA through dialogue,” he said.

“While there has been partial disengagement, the threat has by no means reduced and the force levels are more or less the same and from our side they have been enhanced,” General Naravane noted.

“The threat assessment and internal deliberations that we have carried out from time-to-time have resulted in some reorganization and realignment of forces in keeping with army’s mandate of ensuring our territorial integrity and this also caters to the major augmentation that has taken place in the PLA’s forces and their infrastructure,” he stated.

“While we will continue to deal with the PLA with a firm and resolute manner, necessary safeguards are in place to take care of any contingency,” the Indian Army Chief maintained.

“Upgradation and development of infrastructure along the Northern Border is also being carried out in a holistic and comprehensive manner,” he assured.

On the 14th round of the Core-Commander level talks between the Indian Army and PLA that are underway, Gen Naravane said, “I am hopeful that we shall see further development in the days ahead.”

“The Western front along the Line of Control, after a heightened situation for a long time, after the DGMO’s understanding in February last year was aimed at achieving a mutually beneficial and sustainable peace. Resultantly, the situation has seen a marked improvement,” Gen Naravane said.

“But, notwithstanding that there is an increase in concentration of terrorists in various launch pads and there have been repeated attempts at infiltration across the LoC. Needless, to say that this once again exposes the nefarious designs of our Western Neighbour,” he further stated.

“We on our part have shown zero tolerance to terror and we have committed ourselves to extract dire costs, should that be forced upon us,” the Army Chief said.