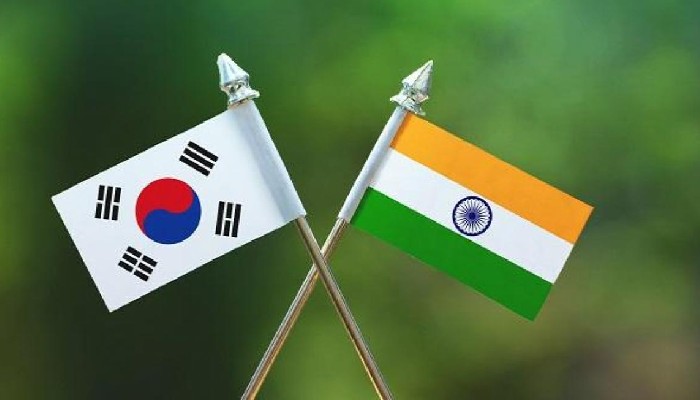 Flags of India and South Korea( Image for representational purposes)

India and South Korea on Tuesday held a bilateral meeting to discuss trade related issues, the Ministry of Commerce and Industry said in a statement.

According to the Ministry, the talks were held between Union Minister of Commerce and Industry Piyush Goyal and his Korean counterpart, Han-koo Yeo.

The bilateral trade has been heavily tilted in favour of Korea. While Korea has successfully reaped the benefits of its free trade agreement with India, which came into force in 2010, Indian exporters haven’t benefited from it.

India ships out mainly aluminum, mineral fuels and organic chemicals to Korea and imports steel, capital and consumer goods, among others, from there.

Since its pull-out of the Beijing-dominated RCEP trade negotiations in November 2019, India has been seeking to expedite talks with key economies for “fair” and “balanced” trade pacts.

While India has ramped up talks with the UAE, Australia and the UK for FTAs, it has also been exploring the feasibility of either reviewing or upgrading various existing trade agreements.

As part of this, India is seeking a review of its FTAs with ASEAN, Japan and South Korea to make them more balanced.

The credit line will ease pressure on Sri Lanka’s dwindling reserves that dipped to US $ 3.1 billion in December

This is the best time to invest in India: PM Modi at Davos Agenda summit