Strive to take India to the top 25 in Global Innovation Index: Piyush Goyal 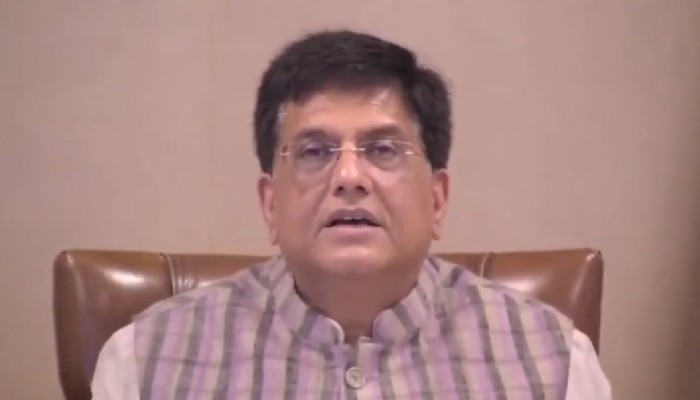 The Commerce and Industry Minister called for developing a futuristic outlook

Two years after the Global Innovation Index (GII) was launched, Union Minister of Commerce and Industry Piyush Goyal on Monday called upon stakeholders in the innovation ecosystem to strive to take India to the top 25.

He felicitated the startups for being the key reason behind India’s meteoric rise in the Global Innovation Index from 76 in 2014 to 46 in 2021.

Speaking on the occasion of the first ever Startup Innovation Launch Week, Goyal said that the need for institutionalizing the Startup Week Celebrations as an annual event lies in the idea of reviewing, reinventing, rejuvenating and reenergizing our startup ecosystem.

He said that there is a need for developing a futuristic outlook to pave the roadmap of the future while we celebrate our entrepreneurs.

The virtual week-long innovation celebration aims to commemorate the 75th year of India’s independence ‘Azadi Ka Amrit Mahotsav’ and is designed to showcase the spread and depth of entrepreneurship across India.

The startup and innovation festival's primary goal is to bring together the country's key startups, entrepreneurs, investors, incubators, funding entities, banks, policymakers, and other national/international stakeholders to celebrate entrepreneurship and promote innovation.

On January 15, Prime Minister Narendra Modi is expected to interact with startups and address Startup India Innovation Week via video conferencing in a closed-door event.

Goyal expressed confidence that the Prime Minister’s interaction with startups on the completion of six years of Startup India would encourage entrepreneurs to dream big and achieve bigger, and stir the entrepreneurial spirit across the country.

He said that India's Startups turned COVID-19 crises into an opportunity and made 2021 the Year of unicorns, with the third largest number of Unicorns (82) in the world.

He also said that there was a need to make our startups much more resilient so that they are well prepared to mitigate and overcome crisis situations like the current pandemic.

In his address to the startup community, he acknowledged that young entrepreneurs were eager to make extreme impact and are fearless risk takers.

Goyal called upon the government’s increased participation as a ‘facilitator’ focusing on simplification, facilitation and bringing ease in starting & doing business.

Listing some measure taken by the government to improve Ease of Doing Business, he said that there was an 80% rebate on patent filing and 50% on trademark filing fees, relaxation in public procurement norms, Self-Certification under Labour and Environmental Laws, Funds of Funds for Startups, Income Tax exemption for three out of 10 years and Seed Fund Scheme of Rs 945 crore.

Besides, the proposed Open Network Digital Commerce (ONDC) initiative will further serve as a game changer and help entrepreneurs save cost as well as build trust, bringing in equity in the business ecosystem.

Goyal called upon startups to explore uncharted areas like Rural Tourism in terms of agri-stays, hotels and homestays, creating additional income for farmers. He encouraged them to focus on “Prashasan Gaon Ki Aur”, ideas to improve last mile service delivery and empower our weavers, artisans and farmers and bring the market to their doorsteps.
Attachments area

The credit line will ease pressure on Sri Lanka’s dwindling reserves that dipped to US $ 3.1 billion in December

This is the best time to invest in India: PM Modi at Davos Agenda summit