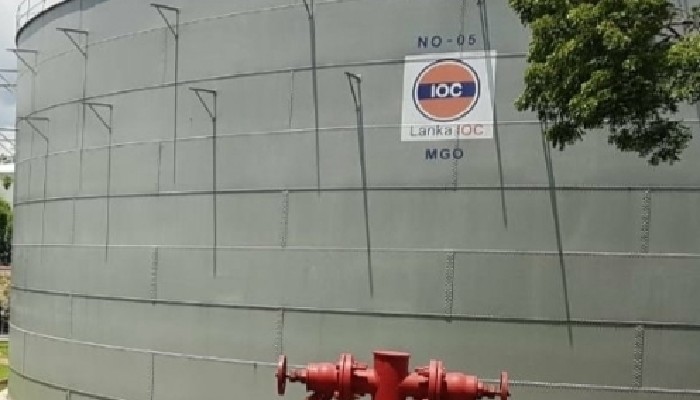 During WWII, the British constructed the Trincomalee oil tank farms as a refueling station

Sri Lanka is very close to signing a long drawn-out deal with India to develop 99 Trincomalee Oil Tank Farms of the World War-II era leased out to Indian Oil Corporation.

A report in The Hindu on Monday quoted Sri Lankan Energy Minister Udaya Gammanpila as saying that his country had been negotiating the deal for 16 months and that the island-nation is now close to finalizing the terms of the Trincomalee project with India.

Gammanpila is reported to have said that the agreement may be signed in a month and that he had instructed the Ceylon Petroleum Corporation (CPC) to form a subsidiary company, Trinco Petroleum Terminal Ltd., for the purpose.

During WWII, the British constructed the Trincomalee oil tank farms as a refueling station near to the Trincomalee port, a natural harbour. If these old oil tanks are to be used again, they must be repaired at a cost of millions of dollars.

Terming FS Shringla’s visit to Sri Lanka as ‘very successful’, the Ministry of External Affairs (MEA) had said India attaches equal importance to the Trincomalee Oil Tank Farm as it does to other economic projects which are beneficial for both countries.

Replying to a query on the discussion in Sri Lankan Parliament by some MPs over the leasing of Trincomalee Oil Tank Farms to India, the MEA Spokesperson Arindam Bagchi had said “there are a number of agreements on this, the first such being way back in 1987. But, there have been more agreements on how to utilize those tanks in the best way.”

“This is an issue that we attach importance to as we do to other economic projects which we believe are beneficial for both countries. The project is certainly one of them on our agenda and good discussions took place during the visit. Let’s see how to take this forward,” he had added.