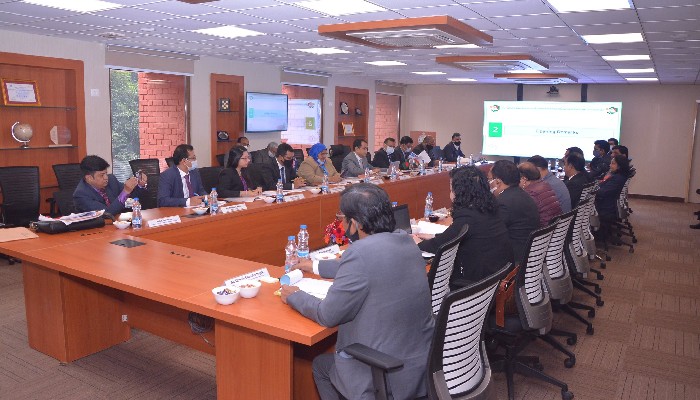 India and Bangladesh on Tuesday held the 4th Sub-group meeting on Infrastructure at Integrated Check Posts (ICPs) and Land Custom Stations (LCS) in New Delhi and discussed forming a joint committee for construction of a second gate at ICP Petrapole.

A tweet by the Land Port Authority of India (LPAI) said that the two-day India-Bangladesh Sub-Group Meeting on Infrastructure at LCSs/ICPs commenced on December 28.

During the meeting both sides identified and urged an integrated, harmonized plan for better cross-border cooperation and discussed forming a joint committee of port managers and engineering meetings for construction of the 2nd trade gate at ICP Petrapole, said a LPAI tweet.

According to LPAI, ICP Petrapole is the largest land port in South Asia, located along the international border between India and Bangladesh, at a distance of about 80 kilometers from the city of Kolkata.

Petrapole (India)-Benapole (Bangladesh) is an important land border crossing for India-Bangladesh both in terms of trade and passenger movement.

Since its operationalization in February 2016, the ICP has been witnessing an increasing number of passenger movement with an average of 22 lakh people crossing the border post on either side each year.