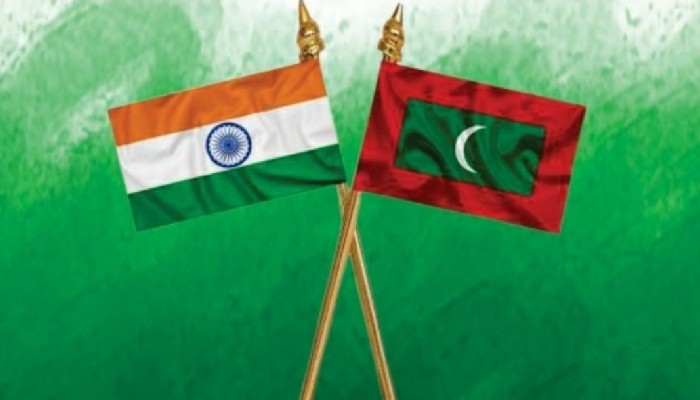 The government of Maldives on Sunday hit out strongly against attempts at spreading false information regarding its ties with India. This is the second statement issued by the Maldivian government in a little over a month rejecting attempts at maligning its closest bilateral partner, India.

The country’s Ministry of Foreign Affairs issued a strongly worded statement and urged all parties, especially the political leadership, to act responsibly and refrain from spreading false information that undermines the country’s cordial relations with its neighbours, and the international community.

“The Government of Maldives is profoundly concerned by the attempts to spread misguided and unsubstantiated information to propagate hatred towards India, one of the closest bilateral partners of the Maldives by a small group of individuals and a few political personalities,” said the statement.

“While the Government of Maldives champions the freedom of expression and freedom of assembly, the Government strongly believes these fundamental rights should be exercised in a democratic and responsible manner,” it noted.

“Spreading hatred and making false allegations regarding bilateral ties with neighbouring countries not only tarnishes the relations with trusted allies who extends consistent support to the Maldivian people, but also affect the safety and security of their citizens in Maldives, and Maldivians living abroad,” the statement stated.

“The Government reaffirms that the country’s long-standing ties with all its international partners are based on principles of mutual respect and understanding, and in accordance with respective national and international law,” it added.

“Such interactions in the international sphere does not, and will not undermine the Maldives' independence, sovereignty, and territorial integrity,” the statement clarified.

“In fact, they are designed to enhance the Maldives’ national interests, and deliver for the people of the Maldives,” it said.

“The Government of Maldives urges all parties, especially the political leadership, to act responsibly, and refrain from spreading false information that undermines the country’s cordial relations with its neighbours, and the international community,” it further said.

Earlier last month, issuing a similar statement, the Maldivian government had strongly rejected attempts to spread false information through media and across social media platforms using the so-called ‘India Out’ slogan, alleging that bilateral cooperation between the Governments of Maldives and India undermines the national security and sovereignty of Maldives.
Attachments area