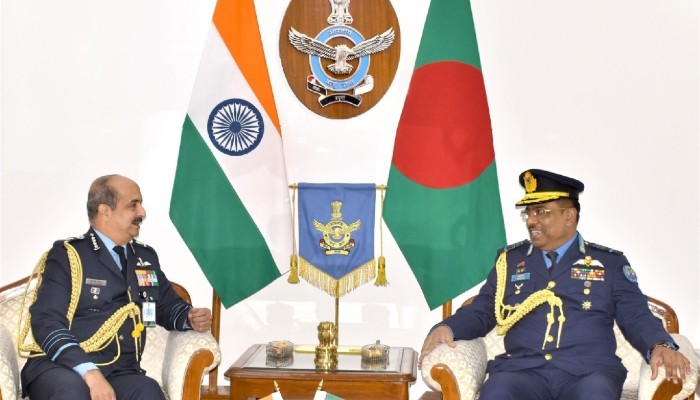 The Bangladesh Air Chief Marshal reached New Delhi from Dhaka on Sunday for a three-day official visit to India.

During his visit, the Bangladesh Air Force Chief will pay homage to members of the Indian Armed Forces who had sacrificed their lives during the Bangladesh Liberation War of 1971 by laying a floral wreath at Amar Jawan Jyoti Memorial, India Gate.

The visit of Chief of Air Staff of Bangladesh will play an important role in strengthening the existing bilateral relationship between the Air Forces of the two countries.