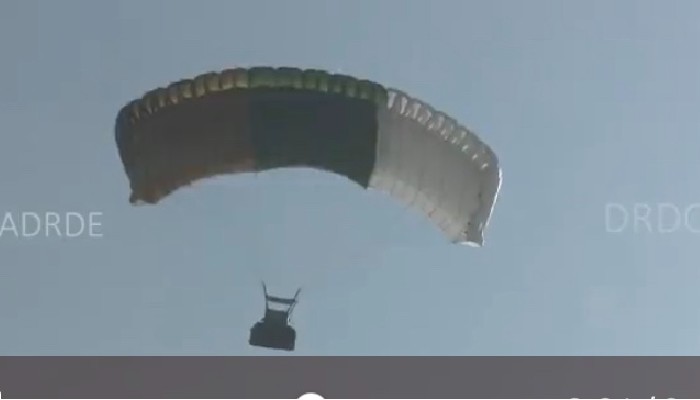 CAD performance was demonstrated at Drop Zone, Malpura from an altitude of 5000 metre

According to the Ministry of Defence, the CAD performance was demonstrated on Saturday at Drop Zone, Malpura from an altitude of 5000 metre.

It was para-dropped from AN32 aircraft and then steered to the pre-designated landing point in autonomous mode.

Eleven paratroopers of the Indian Army and Indian Air Force chased the CADS-500 in air and landed simultaneously, the Ministry said.

According to the Ministry, CADS uses Global Positioning System for the coordinates, altitude and heading sensors for the heading information during its flight.

The CADS, with its onboard electronics unit, autonomously steers its flight path using waypoint navigation towards target location by operating controls, the Ministry said.

ADRDE, Agra is an R&D laboratory of Defence Research and Development Organisation (DRDO) and the flight demonstration was part of a series of activities organized towards celebrating ‘Azadi Ka Amrit Mahotsav’, commemorating 75 years of Independence, the Ministry added.