BSF is a key stakeholder in India-Bangladesh friendship: Jaishankar 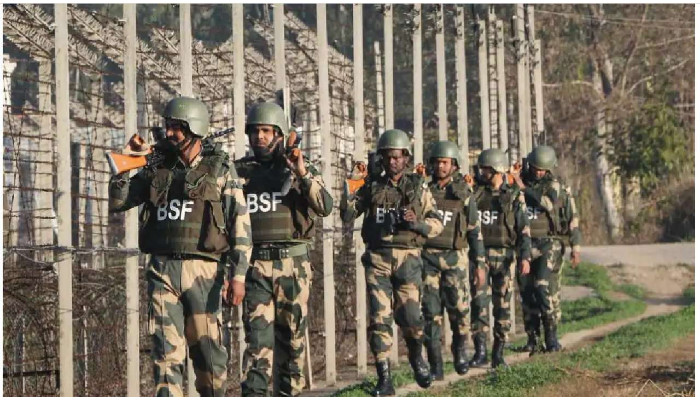 Raised in 1965, the BSF had played a historic role during the 1971war with Pakistan

Addressing the Vijay Diwas Commemoration event, the EAM said that the BSF played a critical role in the Liberation of Bangladesh.

“We salute the intrepid BSF officers and men whose resolve and valor created a history in 1971. Our deepest respects to all those BSF soldiers who made the supreme sacrifice during the war,” he said.

Noting that this year is of special significance for both India and Bangladesh, Jaishankar said, “President Ram Nath Kovind, as you all know, is currently on a State Visit to Bangladesh as the Guest of Honour in the celebration of Vijay Diwas in Dhaka.”

Earlier, Prime Minister Narendra Modi visited Bangladesh in March for the Golden Jubilee celebration of the independence of Bangladesh, 50 years of diplomatic relations and the birth centenary of Bangabandhu Sheikh Mujibur Rahman, the founding father of Bangladesh, he recalled.

This year on December 6, India and Bangladesh jointly celebrated ‘Maitri Diwas’ (Friendship day) worldwide, commemorating the day when India recognised Bangladesh as an independent country in 1971, the Minister stated.

“Given the unique nature of this porous border, where people live close by to the border and share ethnic and cultural ties, effective border management is an imperative. The BSF has been undertaking this complex and multifaceted task for the last five decades,” Jaishankar explained.

“BSF’s contribution in ensuring peace at the border, in close cooperation with the Border Guards Bangladesh (BGB), is critical in sustaining friendship between our peoples,” he said.

In partnership with BGB, it has initiated a slew of measures to ensure operational coordination and strengthen social ties, the External Affairs Minister informed.

Recalling the historic role played by the BSF during the 1971 Liberation, he said raised in 1965 as a force to guard India’s border with Pakistan, the BSF was still at its infancy at that time.

In many ways, the experience of 1971 was its initiation by fire, Jaishankar added.

Yet, exceptional bravery displayed by BSF battalions, both on the eastern as well as the western frontiers, contributed to an outcome that was in India’s favour, he stated.

“None of us can ever forget the genocidal campaign launched by the Pakistani forces against the people of Bangladesh in March 1971. Operation Searchlight truly remains one of the most horrific examples of mass atrocities and brutal killings in recent history,” he noted.

“When the people of Bangladesh rose against this brutal oppression under the heroic leadership of Bangabandhu Sheikh Mujibur Rahman, there was spontaneous support for them in India,” the Minister remembered.

“Our political, diplomatic and military efforts in support of the people of Bangladesh in their struggle to uphold democratic rights is now well recognized. Guarding India’s eastern borders, the BSF grappled with the immediate consequences of these developments very early on,” he said.

“Ten million refugees had come to India, living in camps at the border areas. The people of India opened their hearts and extended support to their oppressed brethren. The BSF managed the evolving situation on the ground with unmatched tact and compassion,” Jaishankar mentioned.

Noting that often, the generosity of the people of India found their way through the BSF personnel on the ground, he said they provided moral and material support to those who were fleeing from the atrocities of Pakistani forces and taking part in the freedom struggle for Bangladesh.

“When the leaders of Awami League took shelter in India, BSF not only received them but also became a conduit for communication as well. It also played a key role by supporting the government-in-exile and the Mukti Bahini that guided the liberation movement,” the EAM said.

The Bangladesh government recognized the contribution of the Late Shri Golak Majumdar, the Inspector General of the Eastern Frontier of the BSF to the Liberation Struggle and awarded him the honorific ‘Friend of Bangladesh’, he said.

“Building on its historical role, the BSF continues to play a crucial role in India’s robust engagement with Bangladesh. Maintaining a peaceful border, preventing trans-border crimes and other illegal activities are important for stability and prosperity in bordering areas and beyond,” Jaishankar informed.

Mentioning that there has been a significant progress in terms of opening up of new and pre-existing railways, roads and waterways between India and Bangladesh, the EAM said several efforts are underway to further boost multi-modal cross border connectivity for seamless movement of people and goods.

“Our interconnectedness is assuming new dimensions in the post COVID world where we aim to keep supply chains open and facilitate movement of people, while also ensuring health security,” he observed.

“With sub-regional integration becoming a shared priority in South Asia, the BSF will also have an increasingly important role in facilitating seamless movement while countering conventional and emerging security threats,” he stated.

“The BSF’s continuous engagement with its Bangladeshi counterpart has been central to this endeavor,” Jaishankar argued.