PM congratulates Olaf Scholz on being elected as Germany’s Chancellor 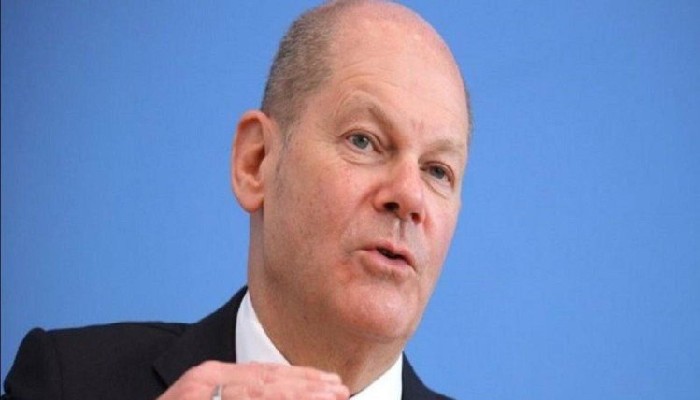 Scholz, who is the leader of the Social Democratic Party (SPD), won the secret vote in Parliament

Prime Minister Narendra Modi has congratulated Olaf Scholz on being elected as the new Federal Chancellor of Germany.

In a tweet, the Prime Minister said: “My heartiest congratulations to @OlafScholz on being elected as the Federal Chancellor of Germany. I look forward to working closely to further strengthen the Strategic Partnership between India and Germany.”

With Scholz’s appointment as new Chancellor of Germany, Angela Merkel’s 16 years of leadership has come to an end.

Scholz, who is the leader of the Social Democratic Party (SPD), won the secret vote in Parliament as expected, a culmination of months of negotiations following the SPD’s narrow victory in September’s federal elections.

The Social Democratic leader takes office at the time when Germany is combating climate change and is grappling with the coronavirus pandemic.

As per media reports, lawmakers voted by 395-303 with six abstentions to elect Scholz - a comfortable majority, though short of the 416 seats his three-party coalition holds in the 736-seat lower house of parliament. That's not unusual when chancellors are elected, and some lawmakers were out sick or in quarantine.

Scholz, 63, Germany's vice chancellor and finance minister since 2018, brings a wealth of experience and discipline to an untried coalition of his center-left Social Democrats, the environmentalist Greens and the pro-business Free Democrats.

The three parties are portraying the combination of former rivals as a progressive alliance that will bring new energy to the country after Merkel's near-record time in office.

Scholz has signaled continuity in foreign policy, saying the government will stand up for a strong European Union and nurture the trans-Atlantic alliance.

The government said that he will make his first trip abroad with a trip to Paris on Friday - maintaining a tradition for German chancellors - and plans to travel to Brussels the same day to meet EU and NATO leaders.