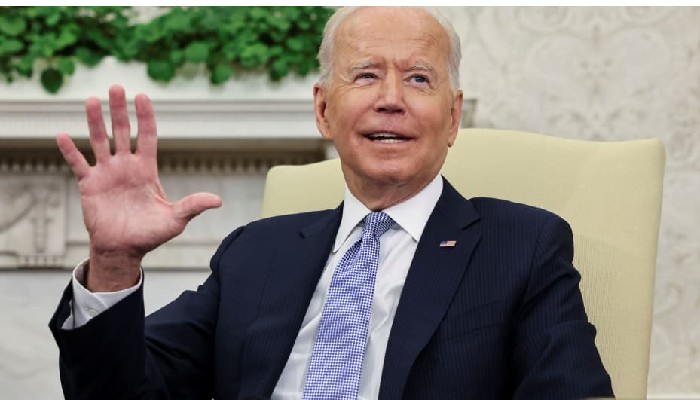 Taiwan features amongst the list of invitees for the important event, which is likely to increase tension between the US and China

Prime Minister Narendra Modi will in all likelihood join US President Joe Biden’s call for a summit for democracy to be held in a virtual format on December 9-10.

US President Joe Biden has invited 110 countries including India to the virtual Summit. Among the notable exclusions from the list of invitees to the summit include China, Turkey, and Russia as per the US Department of State website on Tuesday.

The list includes major Western allies of the US, India, Pakistan and Iraq. Taiwan features amongst the list of invitees for the important event, which is likely to increase tension between US and China. Meanwhile, Turkey, a member of NATO, is also missing from the list.

In the South Asian region, Afghanistan, Bangladesh and Sri Lanka have been excluded from the invited nations' list.

Earlier, a White House statement on August 11 had announced that President Joe Biden will host a virtual summit for leaders from government, civil society, and the private sector on December 9-10.

“The summit will focus on challenges and opportunities facing democracies and will provide a platform for leaders to announce both individual and collective commitments, reforms, and initiatives to defend democracy and human rights at home and abroad,” it stated.

It may be recalled that this online gathering is an event Joe Biden pledged to host when he ran for president last year, with the aim of bringing together like-minded nations to fight corruption, authoritarianism and promote human rights.

The final list excludes some obvious US partners such as NATO member Turkey, highlighting the challenge the Biden-Harris administration faces in short-listing invitees.

The inclusion of Taiwan is perhaps the most controversial decision the administration has made about the summit, even though the island has one of the most vibrant and liberal democracies in Asia.

This is because only a handful of countries, (the US not among them), recognize Taiwan as a sovereign country.

China has besieged countries, businesses and international organizations that treat the island as an independent entity. More recently, Beijing downgraded ties with the Lithuanian government after Taiwan opened a diplomatic office in the Baltic country.

Taiwan’s inclusion follows a series of steps the Biden administration has taken in recent weeks to demonstrate its support for a key ally even as it seeks to ratchet down tensions with Beijing, which claims the self-governing island as its own territory.

China has increased military flights near Taiwan and some analysts have warned that President Xi Jinping may be preparing for an invasion in coming years.

The inclusion of Taiwan follows a series of moves by the Biden administration in recent weeks to show support for a key ally as it seeks to defuse tensions with Beijing, which claims to be a key ally and declare this self-governing island its own territory.

China has stepped up military flights near Taiwan, and some analysts have warned that President Xi Jinping could be preparing for an invasion in the coming years.

Planning for Biden's Summit for Democracy has also proved to be a challenge as the administration faced questions about which other countries to invite and which to exclude.

The final guest list reflects this challenge: Guests included Brazil, the Philippines and Poland, all countries that have seen democracy return.

Finally, some of the invited countries appear to be on the list as an incentive to establish democratic principles rather than because they fit the ‘democracy’ category as Angola, Pakistan and Serbia also make it to the final list.

Another sore spot was the Middle East, where the US struggled to find any invitees aside from Israel. In the end, Iraq was also included.

Biden often describes the fight of democracies against autocratic regimes as an important geopolitical challenge of the 21st century.

In a speech to Congress in April, he had said that the United States must push back against Xi Jinping and other leaders who are looking to show that their system of government is better for their people.

"He's extremely serious about being the biggest and most consistent country in the world," Biden said at the time, referring to the Chinese President.