Need for banks to work proactively to bolster wealth sheet of the country: PM Modi 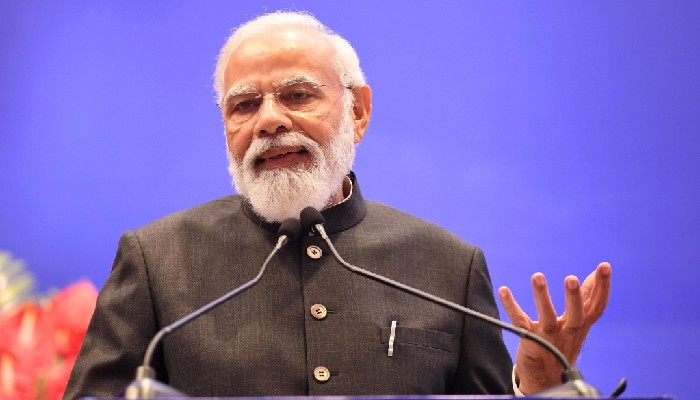 Steps taken in recent years have created a strong capital base for the banks, said the Prime Minister

Prime Minister Narendra Modi on Thursday stressed that it was the need of the hour for banks to work proactively to bolster the wealth sheet of the country along with their balance sheets.

PM Modi was addressing the concluding session of the conference on ‘Creating Synergies for Seamless Credit Flow and Economic Growth' via video conference.

He said the financial health of banks was now in a much improved condition. The Prime Minister said ways were found to address the problems and challenges from before 2014 one by one.

“We addressed the problem of NPAs, recapitalized banks and increased their strength. We brought reforms like IBC, reformed many laws and empowered debt recovery tribunal. A dedicated Stressed Asset Management Vertical was also formed in the country during the Corona period” Modi said.

The Prime Minister said, “Indian banks are strong enough to play a major role in imparting fresh energy to the country's economy, for giving a big push and making India self-reliant. I consider this phase as a major milestone in the banking sector of India”.

Steps taken in the recent years have created a strong capital base for the banks, he said.

“Banks have sufficient liquidity and no backlog for provisioning of NPAs as NPA in public sector banks is at the lowest in the last five years,” PM Modi informed.

This had led to upgrading of outlook for the Indian Banks by the International agencies, the Prime Minister pointed out.

The Prime Minister said apart from being a milestone, this phase was also a new starting point and asked the banking sector to support wealth creators and job creators.

“It is the need of the hour that now the banks of India work proactively to bolster the wealth sheet of the country along with their balance sheets”, the Prime Minister stressed.

The Prime Minister emphasized the need to proactively serve the customers and asked the banks to provide customised solutions to customers, companies and MSMEs after analyzing their needs.

The Prime Minister urged the banks to do away with the feeling that they were approver and the customer was an applicant, they were giver and client a receiver. Banks would have to adopt the model of partnership, the Prime Minister emphasized.

He praised the banking sector for their enthusiasm in implementing the Jan Dhan Scheme.

The Prime Minister said that banks should feel stakes in the growth of all the stakeholders and proactively get involved in the growth story. He gave an example of PLI where the government was doing the same by giving the Indian manufacturers an incentive on production.

Under the PLI scheme, the manufacturers have been incentivized to increase their capacity manifold and transform themselves into global companies. Banks can play a big role in making projects viable through their support and expertise, said the Prime Minister.

He listed the opportunities presented by the flagship schemes like PM Awas Yojana, Swamiva, and Svanidhi and asked the banks to participate and play their role in these schemes.

He gave an example of a recent research by the banking sector itself where more Jan Dhan accounts opened in the states had led to a reduction in the crime rate.

Similarly, the Prime Minister said, the scale at which corporates and start-ups were coming forward today was unprecedented.

“In such a situation, what can be a better time to strengthen, fund, invest in India's aspirations?”, the Prime Minister asked.

Prime Minister Modi called upon the banking sector to move by attaching themselves with national goals and promises. He praised the proposed initiative of web based project funding tracker to bring together ministries and and banks. He suggested that it will be better if it is added to the GatiShakti Portal as an interface.

He hoped that in the ‘Amrit Kaal’ of independence, the Indian banking sector would move with big thinking and Innovative approach.