PM Modi to hand over Made in India LCHs, UAVs to armed forces 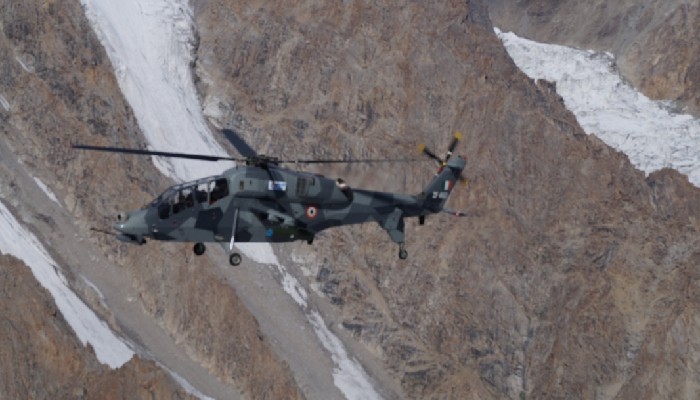 Made in India military hardware, including Light Combat Helicopters (LCHs), unmanned aerial vehicles (UAVs) and electronic warfare systems for warships, will be handed over to the armed forces By Prime Minister Narendra Modi on Friday.

The hand over will take place at a function in Jhansi, Uttar Pradesh as part of celebrations to mark the 75th year of India’s independence and is meant to give a thrust to Aatmanirbhar Bharat (self-reliant India) in the defence sector.

The Prime Minister will also lay the foundation stone of the Rs 400 crore project at the Jhansi node of UP Defence Industrial Corridor, the Ministry of Defence said on Wednesday.

The project is being executed by Bharat Dynamics Ltd for setting up a plant to produce propulsion systems for Anti-Tank Guided Missiles, the ministry added.

According to the defence ministry, the LCH incorporates advanced technologies and stealth features for effective combat roles.

The deployment of Indian UAVs by Indian Armed Forces is also a proof of the growing maturity of the Indian drone industry ecosystem.

The Advanced EW suite will be used in different naval ships including destroyers, frigates etc.

The Prime Minister will launch the NCC Alumni Association with the objective to provide a formal platform to enable NCC Alumni to reconnect with NCC. The Association will further the aims of NCC and assist in nation-building.

It will witness enrolling the Prime Minister, a former NCC cadet, as the first member of the Association.

Prime Minister Modi will also launch the National programme of Simulation Training for NCC cadets with the aim to scale up simulation training facilities for all the three wings of NCC. It includes setting up of Rifle Firing Simulators for the Army Wing of NCC, Microlight flying simulators for Air Wing and Rowing simulators for Naval wing.
Attachments area