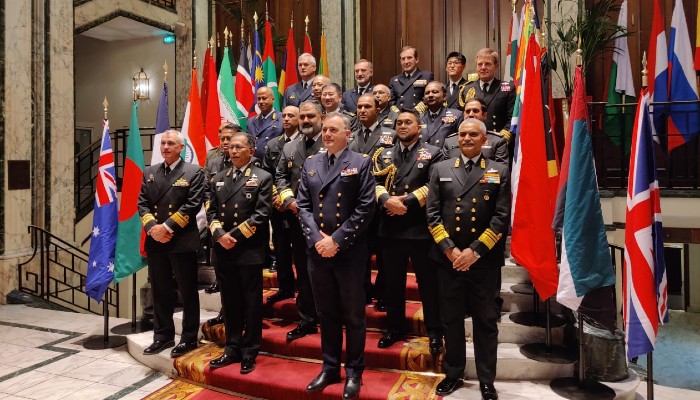 IONS was conceived by the Indian Navy in 2008

The two-day (November 15-16) Indian Ocean Naval Symposium (IONS) Conclave of Chiefs being hosted by the French Navy at Paris concluded on Tuesday.

The Conclave of Chiefs was attended by Chiefs of Navies or Heads of Lead Maritime Agencies of IONS nations.

Various bilateral interactions were also being conducted on the side-lines of the Conclave to facilitate a greater degree of maritime cooperation and understanding between the IONS nations.

The 7th edition of IONS Symposium was held at Le-Reunion from 28 Jun - 01 Jul 21 in hybrid format due to COVID protocols. During the Symposium, it was agreed upon to conduct the extant Conclave of Chiefs at Paris.

IONS was conceived by the Indian Navy in 2008 as a forum which seeks to enhance maritime co-operation among Navies of the littoral states of the Indian Ocean Region by providing an open and inclusive platform for discussions on regionally relevant maritime issues that would lead to common understanding on the way ahead.

The inaugural edition of IONS was held in February 2008 in New Delhi, with the Indian Navy as the Chair for two years. The IONS Chair is presently held by France.