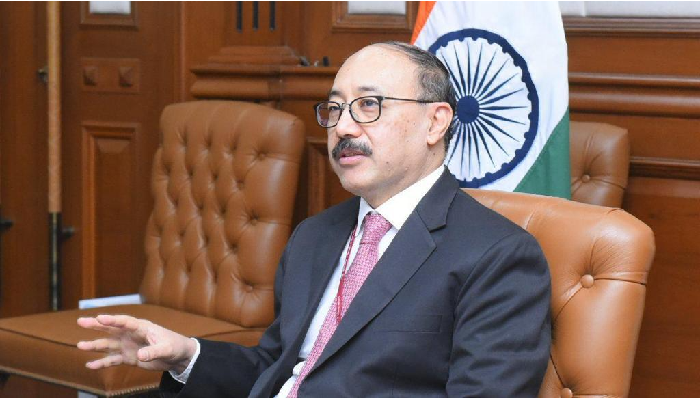 They also discussed the ongoing situation at the Belarus-Poland border

According to a statement released by the Ministry of External Affairs, both sides discussed India and the EU’s common approaches to developments and priorities in Afghanistan.

Both sides stressed the importance of preventing Afghanistan from being used as a base for terrorism and on the status of the rights of women, children and minorities in Afghanistan.

The recently organised Delhi Regional Security Dialogue on Afghanistan and its Delhi Declaration were also discussed.

As per the MEA, Foreign Secretary Shringla and the Secretary General also exchanged views on developments in Myanmar.

They also discussed the ongoing situation at the Belarus-Poland border. Both sides agreed on the need to de-escalate the situation and arrive at an early resolution.

It was agreed to continue periodic exchanges at the level of Foreign Secretary and Secretary General on issues of mutual interest.