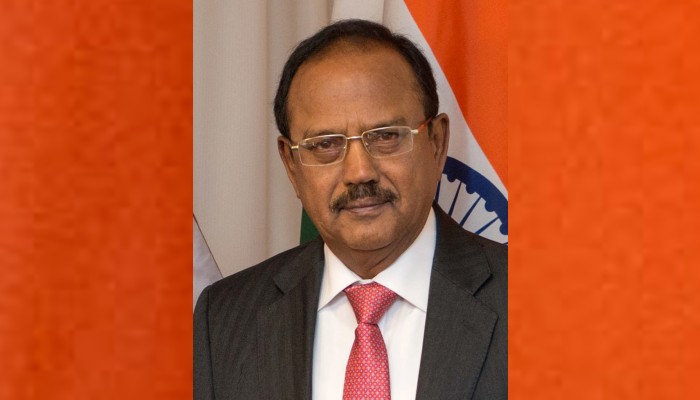 Besides India, seven other countries including Russia and Iran took part in the meet

“We are meeting today to discuss matters related to Afghanistan. We all have been keenly watching the developments in that country. These have important implications not only for the people of Afghanistan, but also for its neighbours and the region,” NSA Doval said in his opening remarks at the first ever India hosted Regional Security Dialogue on Afghanistan.

The Security Dialogue is attended by NSAs or Secretaries of the Security Councils from Iran, Russia, Kazakhstan, Kyrgyz Republic, Tajikistan, Turkmenistan and Uzbekistan. The participants at the Dialogue will deliberate upon measures to be taken to address the relevant security challenges and support the people of Afghanistan in promoting peace, security and stability in the landlocked nation.

NSA Doval said recent developments in Afghanistan have implications not only for the people of Afghanistan, but also for its neighbours and the region.

He informed that this is the third meeting of the process that was initiated by Iran in 2018.

“We had the second meeting there as well. We are grateful to Iran for that. It's a privilege for India to host the dialogue today with participation of all the Central Asian countries and Russia who was the initiator of the idea,” Doval stated.

The NSA hoped that the deliberations will be productive at the Dialogue.

“I'm confident that our deliberations will be productive, useful and will contribute to help the people of Afghanistan and enhance our collective security,” he observed.

The first two editions of the Dialogue were hosted by the Islamic Republic of Iran in 2018 and 2019. Pakistan and Iran are not attending the Dialogue, which is the first of its kind conclave that focuses on security-related issues and is distinct from foreign ministry-led talks. This is also the highest number of countries taking part in this format.